As a cynic of impersonal, huge, stadium rock shows, I have to admit that this concert was great. With the whole 360° concept, there were very few bad seats in the house. The few that were where the sound was iffy (nestled under the upper decks) allowed you to meander to a better place to enjoy the concert. Heck, even outside it sounded amazing where I saw many people chilling during the show. I wasn’t able to catch Interpol due to getting checked in and all but that wasn’t a big deal to me since I probably couldn’t name one song of theirs. I have seen U2 many times over the years and they do put on a good show.

The whole we’re from Ireland schtick gets thin after the seemingly umpteenth time Bono mentions it throughout the gig but dude got pipes. And to me that’s what it all about. Oh, and the truly incredible stage setup they used. Almost as impressive as the Roger Waters Wall show…almost. I really couldn’t think of them putting on a better show. Well, they could have played One Tree Hill…and All I Want Is You…or Surrender…ooh, and Wire would have been boss. More photos here.

I was lucky enough to be able to get a sneak preview of the concert tomorrow. This show is going to be huge. The shear scale of the production is mind boggling. I will be covering it so stay tuned. It’s amazing that the first time the band played Pittsburgh they were at the old Decade in Oakland. 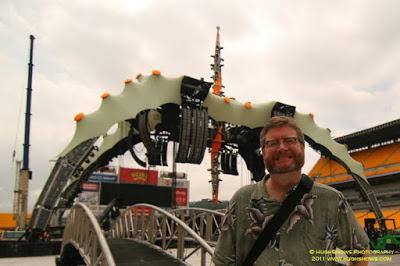 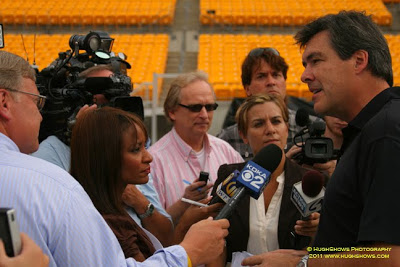 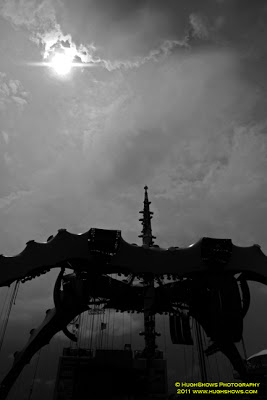 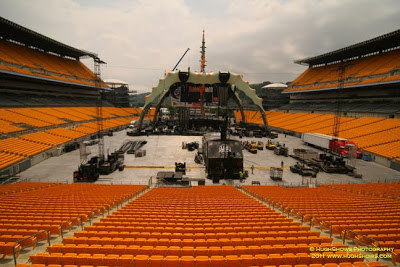