There is a lot of incredible buzz blogging around Pittsburgh about this show. I have seen the band seven times now and I feel the praise not only for this show but the whole tour in general is very much well deserved. With a near perfect mammoth set list, the band playing better than I have ever seen them, and with an acoustically gorgeous (albeit stuffy…blechh) venue this was one show to remember. My favorite Wilco show, well almost but not quite. That would have to be my first show at The Fillmore. More groovy pics here. 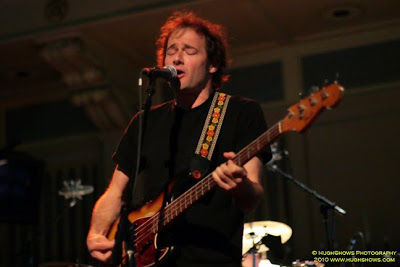 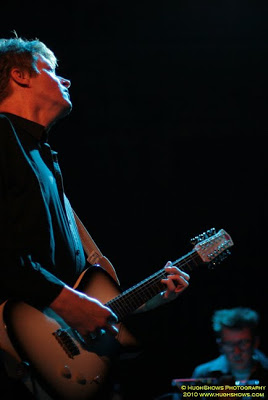 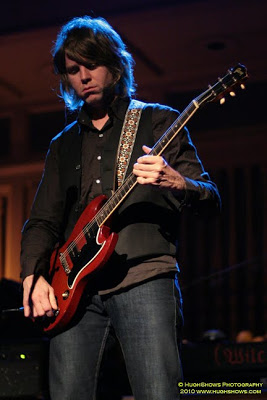 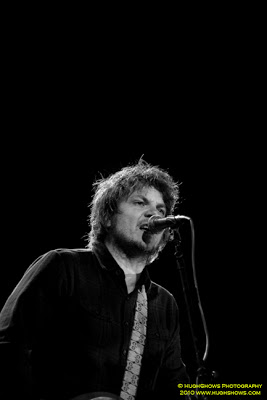 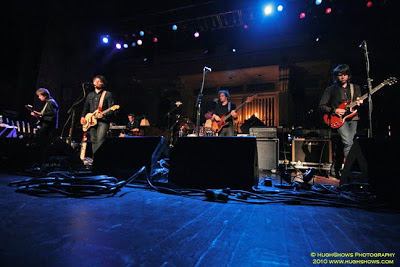 This shirt has an interesting history. After the show (Monday November 8, 1999) I went outside and chilled for the band to exit the theater. Jeff Tweedy (not in the mood-I remember he was sick), John Stiratt (very quiet but extremely nice), and Jay Bennett (incredibly cordial and the most approachable of the three) came out and I ask them to sign the shirt. After they oblige, I am waiting for Ken Coomer, the drummer, to come out and lo and behold he already left with his exotic hottie of a girlfriend at the time. Damn, incomplete! The guitar tech Adam Roehlke says that he will take the shirt, get Ken to sign it, and send it back to me. Stupidly, I give it up with my address. Riding home that night I am thinking that I will never see the shirt again. A couple weeks go by and nothing. My wife is laughing at me calling me an idiot for giving it up. Then a few days before Thanksgiving I open the door and there is a package laying on the porch. Could it be? Yeah, kid, the shirt! Not only is the Coomer signed shirt there but a Summerteeth bumper sticker, a diagram of the band’s equipment stage set-up, and a signed artist’s (Mr. Roehlke himself) proof of the band’s 1999-2000 New Year’s Eve show. What a guy

I saw the band several times on that tour (even guesting on vocals!) and although I really do appreciate and enjoy the newer Wilco, I can always brag that I saw them at them at their absolute best. As a bonus, I recently uncovered a Beulah signed promo poster from that same night while clearing out my basement. 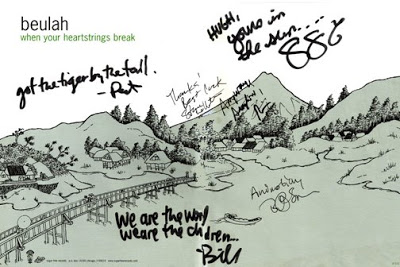