“The best songwriters can take you to a specific place and specific time – even if you’ve never been. It’s exactly what happens when you listen to Zach Schmidt’s music. The Pittsburgh native has emerged on the Nashville folk music scene demonstrating undeniable talent as a fresh singer-songwriter.”

Americana folkster Zach Schmidt recently relocated to Nashville from Pittsburgh and occasionally returns to support his musical friends in the city. Check out his debut “Horse or Truck or Train” as I thank him for taking the time to participate in this edition of First/Last. 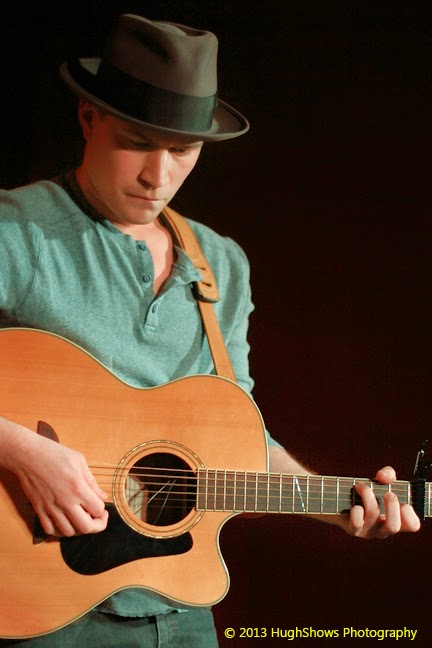 The first album that I bought was “Surfin’ USA” by The Beach Boys. I remember buying it on cassette and listening to it until the tape unwound in my walkman.

My most recent album purchase was “Metamodern Sounds in Country Music” by Sturgill Simpson. This is a great album and is helping to bring back a true traditional country sound.

I hate this question. I can think of at least ten different albums that have all crossed my mind, but if I have to pick one it would be “Old No. 1” by Guy Clark. Front to back this album is flawless in my opinion.

“The Civil Wars” by The Civil Wars. After their first album, “Barton Hallow,” I was expecting a lot and was severely let down.

I think it was Bon Jovi at the Civic Arena with my sister.

Not counting concerts I have played, about a month ago I saw Billy Joe Shaver at 3rd and Linsley in Nashville. A true legend at the ripe age of 74, he absolutely killed it.

In the summer of 2011, I spent some time out in Colorado and saw The Avett Brothers and City and Colour at Red Rocks Amphitheater. I will never forget the sun going down and hitting the rocks and the entire audience being in complete and utter amazement at the beauty of that venue. The energy and talent of The Avett Brothers was truly inspiring.

My least favorite concert was when I saw Ray Lamontagne play at The Palace Theatre in Greensburg, PA. It was a tough one to enjoy because the atmosphere was not very personal, it felt awkward to be there.

Although I do not live there anymore, Pittsburgh will always be home. My family and many of my friends are still there. My favorite music experiences in Pittsburgh all have to do with the close community in town. My favorite memory is the Rock All Night Tour of 2013. I was lucky enough to play 4 times that day and couldn’t have asked for a better experience of music and community. I will never forget a full house at Hambones for the bluegrass portion of the night.

Thanks, Zach. Pittsburgh misses you, buddy. Let’s hear some new music soon. By the way, your album cover just might be the best thing ever!