“ShowPony is an instrumental rock band that started out in Washington DC in 2010. Since then, they’ve played a bunch of shows, recorded two full-length albums (both at Mr. Smalls), and toured the midwest US and parts of Canada. Blending math, classic, pop and prog rock together, ShowPony offers an exciting live show full of contagious energy feeding off the enjoyment these three members get from playing music.“

ShowPony is a dual-city based band celebrating the release of their two albums, Pony Up and Pony Down, with shows in both Washington DC (last month) and in Pittsburgh at Spirit Hall this Sunday (1/26) with guests Smoke Wizzard and Anton Ego as support. I want to thank Eric Sakmar (Bass) for taking the time to participate in this edition of First/Last.

The first album you ever bought?
II, The Presidents of the United States of America.

Favorite album of all time?
Close to the Edge, Yes.

First concert attended?
Bela Fleck & The Flecktones at the Palace in Greensburg.

Favorite concert ever?
This Will Destroy You, underneath The Vault at Spirit.

Favorite thoughts, experiences about Pittsburgh?
Pittsburgh has a very vibrant and supportive music community. There’s room for everybody!

Thank, Eric. I heard some cool things abut that Astrology Now show. With a full band behind Greg, the new album and live set kicks some ass! 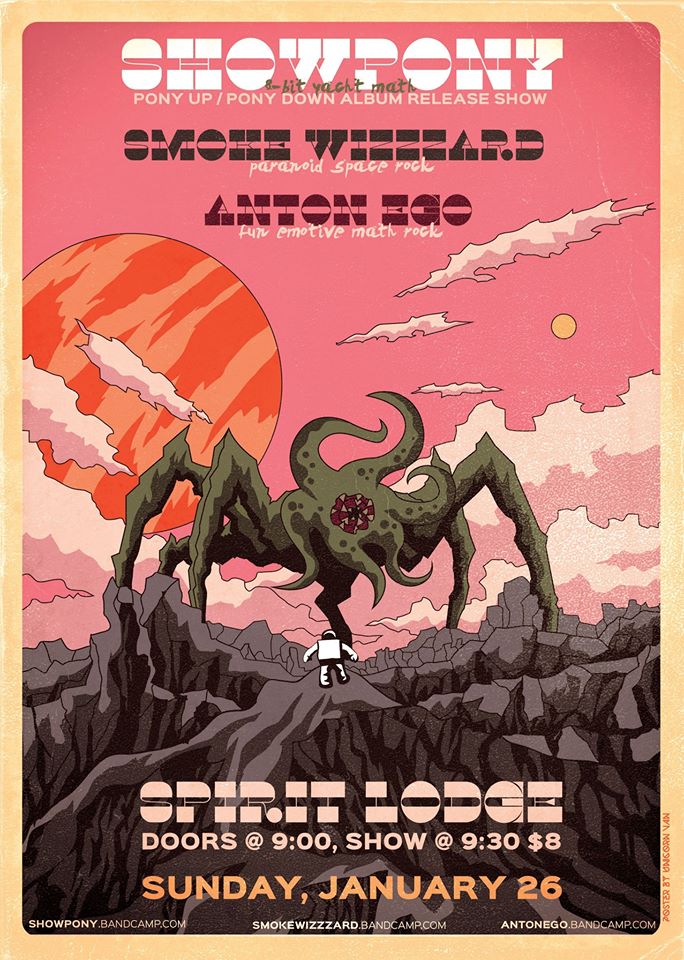