Artist of the Month February 2011 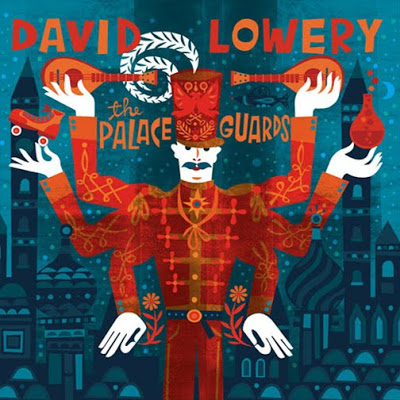 David Lowery-The Palace Guards February flew by and as we all know Bright Eyes and Radiohead released their latest to much ‘electronic’ fanfare. As with last month, I want to spotlight some maybe lesser known releases that deserve as much attention.

It’s hard to believe that David Lowery has been making music since 1985, first with Camper Van Beethoven and later with Cracker. It’s even harder to believe that I have been seeing him play live for just as long and I easily consider him a reluctant musical hero of sorts to me. After 24 (Wow!) releases as main songwriter with his bands, he comes out with a debut solo album. I am happy to say it is exactly what to expect from him. It’s a little bit of country, rock, Americana, and thankfully ‘weirdness’ thrown together that ranks as amongst the best stuff he has ever produced. This album gets better and better every time I spin it. David Lowery is the man!

The Low Anthem-Smart Flesh Much has been said about how they recorded this sophomore effort, which may be good press but the proof is in the work. I saw them for the third time just last night and was struck by the superb musicianship the members possess. Amazing. More about the show soon.

Jessica Lea Mayfield-Tell Me Her second album brings a whole lot of growth to her sound. Branching out in production and a more ‘band’ sound has her songwriting becoming more accessible. Be warned, her April 5th show at Club Cafe will probably sell out.

Shipbuilding Co.-Radios & Flying Birds This is one strange, catchy, and ultimately cool effort. Former Head of Femur member Michael Partington moves to Asia and creates this by himself on a laptop. There’s a retro vibe going…retro as in turn of the century electronic pop? It’s also not a bad thing that he writes about Pittsburgh’s inclines on the opening track!

Nicole Atkins-Mondo Amore This album is great. She is naturally maturing as a songwriter and her tunes showcase her killer voice. I have seen her a few times but cannot wait to see her again. My favorite track, ‘Cry Cry Cry’, was done better when I saw her play it live with a different arrangement.

The Babies-The Babies Side project from Vivian Girls and Woods members. Lo-fi one off? Too bad. This is good stuff and if they were somewhat ‘serious’, they could have kicked major with this. I am shocked how much I do like it.

Ivan & Alyosha-Fathers Be Kind The band is named after characters in a Dostoevsky book. Little known fact, I love Dostoevsky! This second EP from the band is solid.

The Finches-On Golden Hill Sweet folk from San Francisco. Carolyn Pennypacker Riggs’ music has a laid back, ‘It’s A Beautiful Day‘ feel to it. Coincidence? Regardless, these songs linger.

Lia Ices-Grown Unknown This album is good in an Enya meets Feist kinda way. The first two songs are incredible. You know those repeat songs you can listen to over and over. ‘Love Is Won‘ and ‘Daphne‘ do that for me. Both songs have an epic guitar driven feel that I wish the rest of the album had.