Artist of the Month March 2011 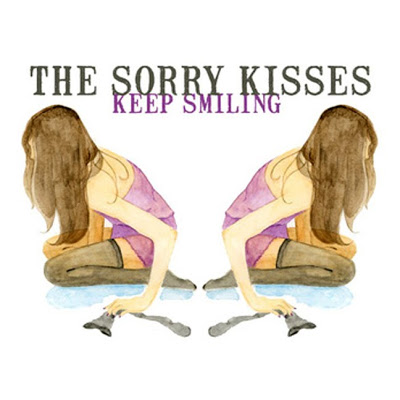 Music-wise, March came in like a lion and stayed that way. IMO, there were many releases that were ‘AotM-worthy’ and it was no easy feat picking one. Did you hear that R.E.M. released their latest? Did you hear that it’s a return to form? Yeah, I heard that too. Hopefully, you haven’t heard of some of these artists and will take some time to seek them out.

The Sorry Kisses are a duo from the UK. This is their third album and it rocks. They really have me hooked. They have a power guitar crunch topped off with spirited female vocals. Think ‘Opal meets Elastica’. I love discovering new bands. More from Hayley and Sam tomorrow, or the next day.

This is Michael Benjamin Lerner’s second album under the Telekinesis name. He plays every instrument and I was lucky enough to catch his first tour. This album, along with many on this months list could have easily been in the top spot.

Kurt Vile-Smoke Ring For My Halo

‘Supergroup’ made up of the songwriters from Dawes, Delta Spirit, and Deer Tick. Monsters of Folk Jr.? That’s unfair, I know. I was expecting more during the first listen but it really catches on after that. Can’t wait to see a live show. Oh yeah, we’re in Pittsburgh. I’ll be waiting awhile.

Alex Turner’s band is Arctic Monkeys. I actually don’t know anything about them. What I do know is that this solo EP is a soundtrack to the film Submarine and it’s really, really good. Maybe I should start listening to Arctic Monkeys?

I saw Marcellus open for The Hold Steady back in 2007. He was good but quickly forgotten. This new release changes that with his ‘Dylan-esque’ delivery and outstanding songwriting.

This sophomore effort is pretty much a Part 2 to their fantastic debut. I love their live show and fingers are crossed for an upcoming Pittsburgh date.

The Baseball Project-Volume Two: High & Inside

This is a solid band making solid records. You would think the whole baseball theme would be corny after awhile but somehow it keeps working.

The Liptonians-Let’s All March Back Into The Sea

Cool Canadian quartet that mixes up rock with pop with folk with…you get the idea.

Why did I think this band was a bunch of girls playing jug music? This is anything but. The girls part I got right (with a dude in there for good measure) but hillbilly music this ain’t. Catchy garage pop with ‘tude to spare. Hope they are as good live. I’ll find out soon enough when they hit Brillobox in June.