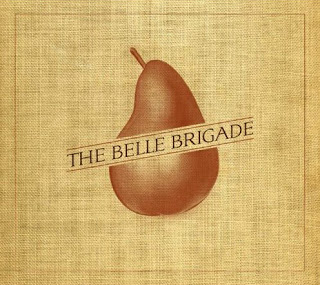 Ethan and Barbara Gruska are brother and sister. Their harmonies on this debut album are what keeps me returning to these songs. Sunny, slick, L.A, pop at it’s best. I actually previously ‘met’ Barbara briefly when she was drumming in Jenny Lewis’ band in ’09. By ‘met’ I mean I maybe said hello. You think I would have an ‘in’ for getting them for a First/Last? You would think.

When this album first came out in Spring, I contacted the management for an interview. Two months later, out of the blue I got a cryptic confirmation they would do it. After that I heard nothing till the end of summer when a totally different rep said, sure, they would participate. Another several months go by when yet a different rep asked me my stat counts on the blog? I sent them a few weeks ago with again, no response. Finally, I was told maybe in the new year.

So let’s see, it’s been eight months, five different people, a dozen emails back and forth and still nothing. Hey, here’s a secret, I am trying to get your band some exposure they wouldn’t have had otherwise. It’s not like they are Coldplay? Seriously? Believe me, I am not upset or anything, just kind of perplexed. Either they are total prima donnas (which I doubt) or they have horrible PR.

Regardless, I wish they would have played along and I am kind of thinking they will do so in the coming months. Until then, if you haven’t heard their stuff, do check them out. It is a terrific collection of songs.

UPDATE: Here’s a cool little message posted by the band on their Facebook:

“Hey Hugh! Haven’t heard about about until just reading your post, look forward to talking in the new year then. Sorry about the confusion!”