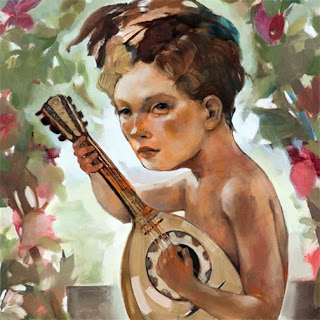 Tristen Gasparadek is in her late twenties but sounds years more mature on this, her full length debut. She released a raw, self recorded CD a few years ago but with this album, her music is full of a new confidence and unmistakably beautiful vocal harmonies not found on the first collection of songs.

My recollection of seeing her play in the Spring was the fact that I thought was privy to something undiscovered and special, until unknown to me, two other local music bloggers were crazy too see her as well, and she wasn’t even headlining the night!

She is celebrating the season (and a new haircut) with offering up her new yuletide EP here in exchange for your email addy. She was cool enough to take some time recently to participate in this year end edition of First/Last.

Thanks so much Tristen. Really cannot wait to see you play Pittsburgh again.