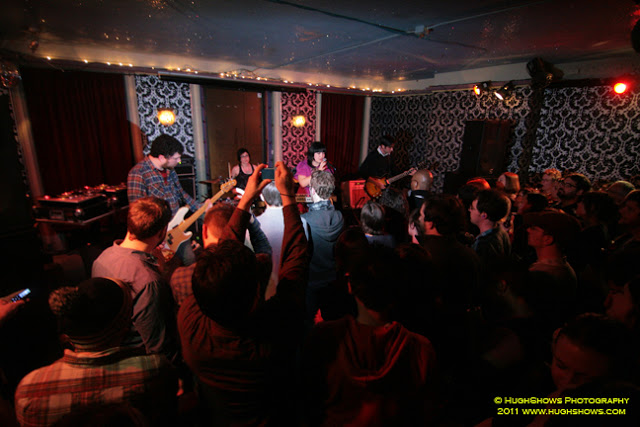 The band released my favorite local music this year in two fantastic EPs, Gets Me Low and Sink or Swim. Either of the two release gigs in January and October could have made this list. I am choosing the earlier show not because it was better, but as I was standing amongst the sold out crowd, I realized that everything I ever want out of going to a concert was happening at that moment. The band sounded so ‘on’, strangely ‘on’. Their playing was so energetic and tight it took me aback. I think the fact that the crowd was so into it was a major factor as well. That weird synergy between musician and audience was obviously apparent that even in January, I knew I would be recalling the night 11 months later. Just a perfect show. It seems Big Hurry’s future is up in the air as we head into a new year but I am thrilled that I finally corralled my buds in the band to participate in this edition of First/Last. 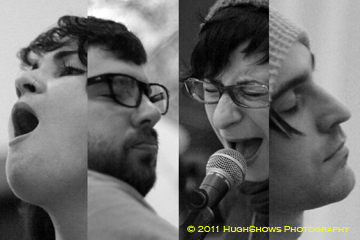 Kelly Tobias: I had The Beatles Anthology, but ‘The Miseducation of Lauryn Hill’ was another early buy.

Lenny Flatley: That is a good question. I grew up in the era of ‘home taping is killing music,’ so I already had quite a few albums under my belt before I actually had to spend money on anything. Indeed, now that I can buy music from home (via eMusic or iTunes) I buy a lot more music than I ever did. My first record was ‘Puttin’ on the Ritz’ by Taco. The first ull-length I ever purchased might have been ‘Strangeways, Here We Come’ by The Smiths or ‘Bossanova’ by the Pixies. I used to hang out at the Record Den in the Millcreek Mall all the time, as if it were a coffee shop (we all did in Erie, PA — until someone actually opened a coffee shop). Once Cory Brown bought an album buy an unknown band called “Satana” because he thought they must be awesome if they had Satan in the name! You can imagine the let-down when he put the tape in the car and realized he actually bought the latest by Carlos Santana.

Dani Buncher: The first cassette I ever bought was George Michael “Faith.” My brother and I shared 2 copies of it and listened straight through, both sides, daily. When my brother was in the 5th grade, he made and starred in a music video for “Monkey” for a school project. He was so cool. The first CD I bought was a BMG Music Club accident. It was the Breeders “Last Splash.” It was mailed to my house and I forgot to send it back so they charged me like $800 for it. Remember that crap? Anyways, it was one of the best music mistakes I’ve made. That band has definitely influenced my music tastes and playing to this day. Andy Wilkosz: Oh man, I think it was REM – ‘Monster’ or Live – ‘Throwing Copper’… but the first album I really remember burning through was the cassette someone made for me with Pearl Jam – ‘Ten’ and that Blind Melon album… Andy Wilkosz mowed soo many lawns to that tape.

Andy: TV Torso – Status Quo Vadis (they are a local Austin band… totally addicted to it)

Kelly: There are so many, but I could listen to Joni Mitchell’s ‘Blue’ over and over an over. And The Long Winters hold a really special sentimental place in my heart.

Lenny: If I had to pick one, it would probably be ‘Combat Rock’ by The Clash. Not that I think it’s *the best* but as an album I find it fascinating. Besides, it has my favorite song on it, ‘Sean Flynn’.

Andy: Modest Mouse – ‘The Lonesome Crowded West’ is closest to the isle but so many others friends are sitting in that pew with them.

Kelly: I love you, but Prince ‘Musicology’ was rough. You can’t be a sexy dirty Jehovah’s witness.

Lenny: I hated ‘Achtung Baby’ by U2 when it came out — I thought it was a sprawling, experimental mess. I worshipped ‘Rattle and Hum’ and wanted ‘Rattle and Hum Part II’. Now I hate ‘Achtung’ because it’s kind of boring and not sprawling or experimental enough. Except for ‘One’ — that’s a pretty good song. The rest of it gets sort of samey.

Dani: Ok, so I bought Alicia Keys ‘As I Am’ and I know it’s not cool of me to admit that, but whatever. It was so disappointing. I talked myself into liking it for days… Nope.

Kelly: I have great memories of watching high school buddies in ‘Jeff Says No’ and ‘The Wacos’ put on a great show

Lenny: Arlo Guthrie. My mom took me because she had tickets and my dad didn’t want to go. The first concert of my choosing? When I was 15 my dad took me and my brother to Metropol to see The Ramones — and we ran into Marky and Joey at McDonalds before the show!

Dani: 5th grade. New Kids On The Block – Step By Step Tour. SO WHAT?! Later in life, you know when I hit my 20’s, I spoke to Joey McIntyre on the phone and I couldn’t believe how anti-climatic it was. If “10 year old Dani” knew that “22 year old Dani” had talked to the 2nd cutest NKOTB (I liked John the best) things would have been a lot different in 5th grade.

Kelly: The Wrens in Philly, Built to spill is always awesome and Aimee Mann ( Thank you Hugh for making me your plus one)! Prince! Oh my god and Bruce Springsteen! I always liked seeing Grand Buffet, and any of my local favs. I can’t choose.

The way they combine punk rock, drum machines, dub, and krautrock and have it coming out sounding like “Primal Scream music” is jaw-dropping, inspiring, and all sorts of other adjectives.

Dani: This is a tie. I was at a U2 “secret” concert in Dumbo (Brooklyn) a few years back. I was so close to Bono and the Edge – it was mind blowing and inspiring. Cliché, I know. Lionel Richie did somewhat of an intimate performance for the company I worked for and I have never seen more people (men and women) swoon so hard and fast, in my life. I danced my butt off. “Woooooah-oooooh-ooooh… Yeah!”

Kelly: There is always something good.

Lenny: Morrissey at the Carnegie Music Hall in 2009. It was one of my favorites, until I got arrested after like four songs (it was St. Patrick’s Day).

Dani: Actually, there’s been a lot. I’m not naming any. Sorry.

Andy: You always walk away with something!

Lenny: Pittsburgh’s all right! I would like to see more all ages venues in the city and less of an emphasis on going to bars to see bands. And more bike lanes!

Dani: I lived in NYC for several years before I returned to Pittsburgh and I have never been part of a music scene like this. The Pittsburgh scene is so inviting and supportive to musicians and listeners. The genres range from all over the place and there is a good band that represents whatever kind of music you’re into. I love it here.

Andy: The last show I played with Big Hurry was one of the best experiences I had in Pittsburgh, I really felt like I was home, the silly string still makes me smile whenever I think about it. I have a ball of it on my nightstand, and its still all over my amp. The next morning I was in a Civic headed to Austin. So Pittsburgh, we ended on good terms. I miss your pierogies, Brillobox, amazing beer selection, and all my friends there.

Thanks so much guys. Thanks for the music, the awesome shows and most importantly to me, the friendship you all have given me.