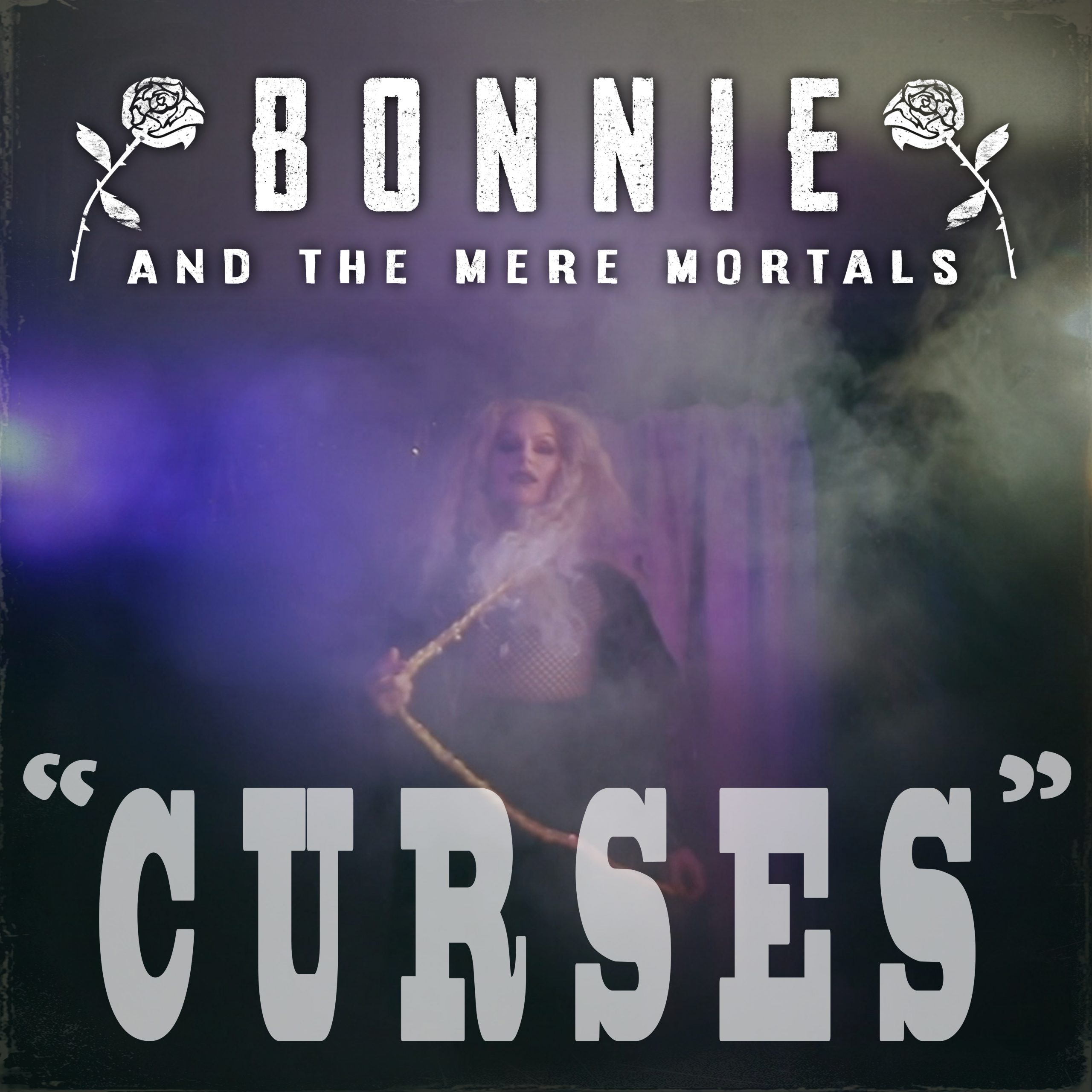 Bonnie & the Mere Mortals combines Southern Gothic music while blending Appalachian folk with the gothic from the Paris of Appalachia. A juxtaposition of analog and digital showing that they have more in common than you might think. That description is none more evident than on the video premiering today for their song “CURSES”, the first single off their upcoming album entitled Call of the Void. I want to thank Bonnie Ramone (Rhythm Guitar/Banjo/Lead Vocals) for taking the time to participate in this edition of First/Last.

The first album you ever bought?
The first cassette I ever received was Meat Loaf’s Bat out of Hell II: Back into Hell from my older sister. She wasn’t much into Mr. Loaf, but when she complains about my black-clad existence, I’d like to think it’s partially her fault.

Your last album bought?
I recently went on a vinyl spree in the half-priced books bargain bin and purchased a Dolly Parton Christmas album, a Disney Halloween sound effects album, a live album of Billie Holiday, and an album of Gregorian chanting. I don’t really think I can explain myself better than that.

Favorite album of all time?
That’s an impossible question. I think I can narrow it to a top 5 that I’m still unsure on. I think a perfect album has to have a flow where you’re already singing the melodies for the next song before it starts. I’ve listened to these hundreds of times on repeat on every porch I’ve had: Southeastern by Jason Isbell
American Football’s self-titled
Disintegration Violator by Depeche Mode
Kind of Blue by Miles Davis.

Least favorite/most disappointing album?
Picture it: Pennsyltucky, June 6th, 2006. A young mall goth who talks out of the side of her mouth is eagerly awaiting Davey Havok’s next offering from the local fye, only to receive December Underground. My favourite spooky punk band had traded 5 syllable words for fuse fame. The depression lasted until The Devil and God Are Raging Inside Me would be released later that year.

First concert attended?
Discounting the number of Christian shows I was made to see, my first real show was Bob Dylan. He may have played all my favourites, but truly, who’s to say? That was also my first contact high. Thanks, Bob.

Last concert?
Pre-‘rona, I accompanied a friend to see King Dude in Columbus. He put on a fabulous show, and said friend had a big ‘ol crush on him, so we made sure to get to talk and take photos.

Favorite concert ever?
In 2015, I traveled out to Riot Fest in Chicago and had the absolute pleasure of seeing The Cure perform a 3 hour set. I was alone and smoking a clove while he played an extended version of “A Forest,” and I’m not sure anything else will ever live up to that moment. Sorry, husband.

Least favorite concert?
In my old metal band, Until we have Faces, we used to play the Cornerstone Festival in Illinois in July. One year we had a set that was going particularly well… until I decided to jump off stage for a guitar solo. I jumped and tripped over my mic stand (which traveled with me to the ground), unplugged my guitar, and landed on my face. It was like that scene at the beginning of School of Rock. On the upside, my stage fright has gone way down, because nothing that bad could ever happen again. I hope.

Favorite thoughts, experiences about Pittsburgh?
To be honest, the community in Pittsburgh has been so loving during this whole pandemic. Between Mere Mortals and our livestream show, the Pittsburgh Creative Collective, I’ve gotten the opportunity to work with an award-winning drag queen, bullshit with a famous comedian, watch a number of firebreathers, and I’ve met and connected with so many incredible talented musicians who’ve kept me going in 2020.

Thanks, Bonnie. That falling off the stage story is actually amazing… not that I cherish in your utter embarrassment at the time but because that moment was the worst thing that can probably happen to you as a performer and yes, it probably went a long way to cure any stage fright you may ever have.