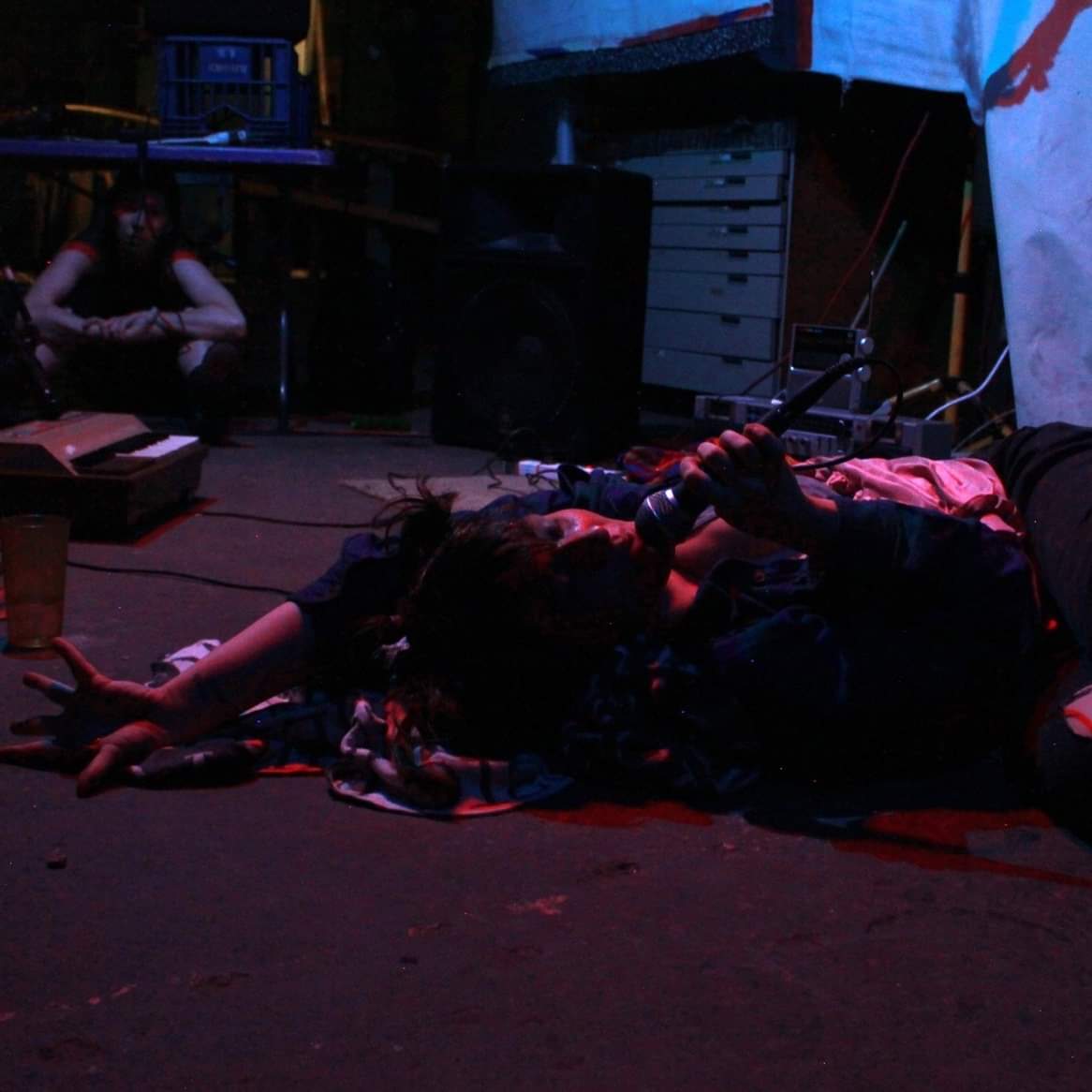 Bruiser Beep, aka Seven Dee, is a Pittsburgh-based experimental composer and performance artist who uses hyperbolic performance to explore themes of inner-child healing, delusions and psychosis, rapid observation, and romanticism of failing and learning. She composes swelling epics of dissonant electronic soundscapes with loose, deconstructed melodies and dramatic vocals that are as playful as karaoke and as anguishing as the opera. She performs around town at various venues, galleries, and basements and will be on the bill next Wednesday (10/30) as part of Experimental Guitar Night #10 at Hambone’s in Lawrenceville for her first guitar performance in two years! I want to thank Dee for taking the time to participate in this edition of First/Last.

The first album you ever bought?
My dad was a radio/party DJ. Most mornings my alarm was records being blasted on huge speakers in the tiny upstairs apartment I grew up in. I loved being present while my dad curated his set lists. I learned so much about music listening and grew very fond of records and tapes. As a kid I felt like my dad’s music hoard was partly “mine”, favorites of which were Autobahn by Kraftwerk, Trans by Neil Young, She’s So Unusual by Cyndi Lauper, and Bat Out of Hell by Meat Loaf.

Your last album bought?
The last album I bought myself was, Vessels by NosawwasoN. But All Bitches Die by Lingua Ignota was recently gifted to me.

Favorite album of all time?
This is always such a difficult question for me to answer because there are so so SO many albums that deeply effect me! But here are some that always come to mind:
1990 Daniel Johnston
Simple Man Klaus Nomi
Le Berceau Du Chat Ericka Irganon
Hermit Songs Samuel Barber
Commercial Album The Residents
1/2 Gentlemen/Not Beasts Half Japanese
Fright Makes Right Coughs
Big Science Laurie Anderson
Suki Suki Daisuki Jun Togawa

Least favorite/most disappointing album?
Hmm… there’s definitely a lot of music that I don’t care for. But I think listening to and analyzing music we find challenging or just plain crappy can teach us just as much as the music that moves us. There is a massive amount of music one can easily access now and while this is great, it can make it difficult to sort through. Listeners have to be smarter and pickier. So me personally, I prefer music made by non-hobbyists. I’m more likely to be disappointed in releases that lack authenticity and sincerity.
I’d also say that it takes a lot for any sort of standard rock band format music to impress me.

First concert attended?
While I perform at and attend local/underground shows all the time, I have not been to very many “concerts” at all. Just a Peter, Paul, and Mary concert with my parents when I was 12, one of the last tours while Mary was still alive. Peter kissed my forehead and gave me a Yiddish blessing.

Last concert?
I saw my boyfriend’s band (Microwaves) open for Daughters at the Rex Theater last June. Being at big concerts reminds me of going to my sister’s swim meets as a kid. A lot of people in a hot, moist, echoey building.

Favorite concert ever?
Some performances I’ve seen in Pittsburgh recently that I LOVED were Bromp Treb, Marcia Custer, Spires That in the Sunset Rise, Period Bomb, Blood Club, and Unicorns in the Snow. These were all on different shows of course.

Least favorite concert?
In general, I’m not very fond of shows with ridiculously late start times and I have a limited allotment of bar shows I can tolerate.

Favorite thoughts, experiences about Pittsburgh?
I love how much I have grown in the two years I’ve lived in Pittsburgh. Arriving here homeless and defeated, I’ve been able to exceed well beyond my expectations in what I’ve been able to experience and achieve. Pittsburgh is a big-small city, and sometimes that makes it possible to decide that you want to do or see something and make it happen. If you’re not someone born into certain privileges and wealth, it can simply be your perspective of what happiness is that determines how you wish to integrate yourself into a community where you feel understood and useful, enjoy being with the people in your life, and enjoy being yourself.
I love that I see people in Pittsburgh making things happen to build community, and people carving out their own happiness.

Thanks, Dee. Experimental music is a genre that I really need to explore more as I am slowly discovering some amazing performances artists that our city has to offer. I literally heard of just three of the artists you mentioned in your responses and even then, I know hardly anything of their work. I appreciate the intro!