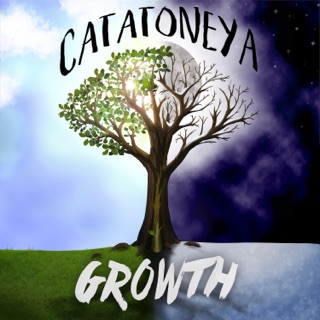 “Following the break up of their band Sylvania. Zachk C. Kyle P., and Nathan O. decided to continue their music careers by forming a new band. Thus Catatoneya was born.”

Catatoneya is a Pittsburgh based progressive alt-rock trio who recently released their debut banger entitled Growth. The band is steadily playing around town, making an appearance at 222 Ormsby on the Southside next Saturday (12/7). I want to thank Zachk Cain (Guitar/Bass/Vocals) for taking the time to participate in this edition of First/Last.

The first album you ever bought?
The Beatles – Let It Be (Naked).

Favorite album of all time?
It’s really hard to pick, but top 3 rock would be Placebo by Placebo, Alkaline Trio Goddamnit, and Radiohead In Rainbows. Top three rap would be Forest Hills Drive from J. Cole, good kid, m.A.A.d. city by Kendrick Lamar, and Views Drake. Too much good stuff to just pick one.

First concert attended?
When I was very young my mom got free tickets to a Jimmy Buffet concert that ended up being my first ever concert. The first one I went to on my own was Anti-Flag, The Cancer Bats, and The Holy Mess.

Favorite thoughts, experiences about Pittsburgh?
I’ve lived around Pittsburgh all of my life so there are really too many to list. I’ve spent a lot of time with a lot of good people around here. I’ve really enjoyed getting to go to local shows over the last couple years though.

Thanks, Zachk. Nice to see that you are discovering local music more within the last couple of years. I am telling you, there is no better time to do so with the amazing wealth of talent around.