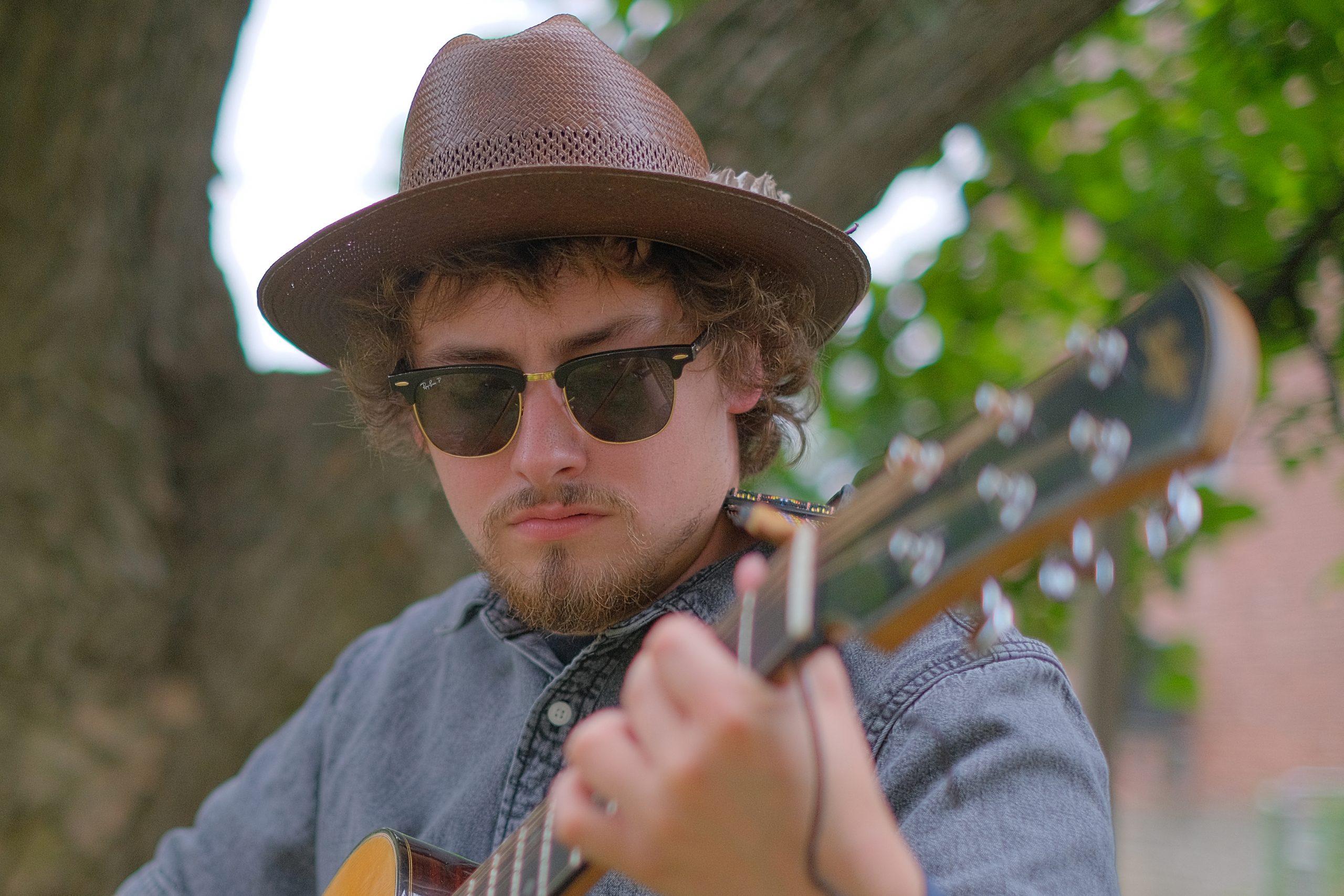 Coltt Winter Lepley is a folksinger, songwriter, poet, author, folklorist, and retired race car driver originally from Bedford, Pennsylvania. He is currently an MFA candidate at Emerson College in Boston, Massachusetts. He’s been billed as “Bedford’s own poet laureate,” and described as “a young songwriter with chops beyond his years” by Pennsylvania Musician Magazine. His latest release from last November is “City Living'” from the Wallflower Wanderer YouTube Songwriter Series which he will more than likely play next Thursday, December 16 at Levity Brewing Company in Indiana, PA. I want to thank Coltt (Guitar/Vocals) for taking the time to participate in this edition of First/Last.

The first album you ever bought?
Mom – Radio and Albums.
Grandma – Elvis cassettes.
Me – Green Day. First one I had to ask parental consent to buy was American Idiot, and Townes Van Zandt was like me discovering a new religion and I tried to buy a lot of physical stuff from the companies running his music like vinyl and CDs.

Least favorite/most disappointing album?
I think it’s been a lot of stuff from rock and punk bands I listened to that tried to shift towards a poppier sound. It seems like that shift happens a lot and folks lose their direction and sound in pursuit of a broader audience and they lose sight of what garnered their audience up front. Money will do that.

Last concert?
Answering this, it will have been Pokey LaFarge. When we do the interview, it will be Charlie Parr. Last conert in Pittsburgh was Twenty One Pilots. Also saw Tyler Childers there before he blew up and he covered Dr. Hook’s “I Got Stoned and I Missed It,” which I also cover in my sets.

Favorite concert ever?
Twenty One Pilots was actually awesome. Garth Brooks was great. Bruce Molsky was really incredible. Also got to see Justin Townes Earle (Steve Earle’s son) play before he passed and he taught me a lot about stage presence. It was my first month after I moved to Boston and he made an outsider kid feel at home. He had a great back and forth banter with the audience, and he jokingly threw out a line from Billy Joe Shaver’s “Fast Train to Georgia,” where he says, “I got a good country raisin,” to which I responded “and an eighth grade education!” Justin laughed and said, “That kids the only one that showed up to listen to music and not drink wine. How’d the rich folks let you sit with them kid?” I laughed. Made me feel as good as the guy next to me with a Rolex on. It might have been fake, who knows.

Least favorite concert?
The bad ones are learning experiences. I don’t know if I can come up with one off the top of my head. Elementary School me, which makes sense for their audience considering their subject matter, wanted to see Big N’ Rich and maybe it was them.

Favorite thoughts, experiences about Pittsburgh?
I saw James McMurtry play about three years ago now. I went by myself because none of my friends knew who he was. I took my car and followed the PA Department of Corrections bus the whole way out. Parked in an open lot across from the Buffalo Exchange after I got caught in traffic and my car started overheating. Had to go into a Dairy Queen and lie and said I just drove ten hours to see a concert to get quarters because the reader wouldn’t accept my card. They gave me something like 10 dollars in quarters, bless that woman’s heart or I’da have been screwed. Then I went back and ordered chicken tenders because I felt bad. Met a man in line waiting to get in who just drove actually six hours to see McMurtry. Apparently, he had seen him like fifteen times before and he was just hoping they had a ticket left. We were like sixth in line at the door. He asked for a ticket and ended up getting the last ticket they had left. We walked in and Elizabeth Cotten’s “Shake Sugaree” was playing as I ordered a Crown and Coke. His name was Dave Gillard. He told me his life story and that he knew McCurtry’s bass player, “Cornbread,” and he did come over and talk. Dave is an awesome dude and we still check in with each other. Before we left, he bought me James’ live album and I still listen to it all the time on long gig drives. Has “Choctaw Bingo, Red Dress, No More Buffalo, Lights of Cheyenne, Levelland,” and a bunch of other McMurtry hits.
First time I played in Pittsburgh was over at Wigle Whiskey, which no longer hosts musicians outside. I think the feeling of being Pittsburgh is just something unique from other cities. Washington, DC feels a certain way to play in, NYC feels a certain way, Boston feels a certain way, and Pittsburgh just has an authenticity about it that always makes me excited to get here. They say it’s the Paris of Appalachia, and it really is one of if not my favorite cities to play in.

Thanks, Coltt. So cool randomly running into you at Millvale Music Festival last Summer. I love discovering musicians through serendipity.