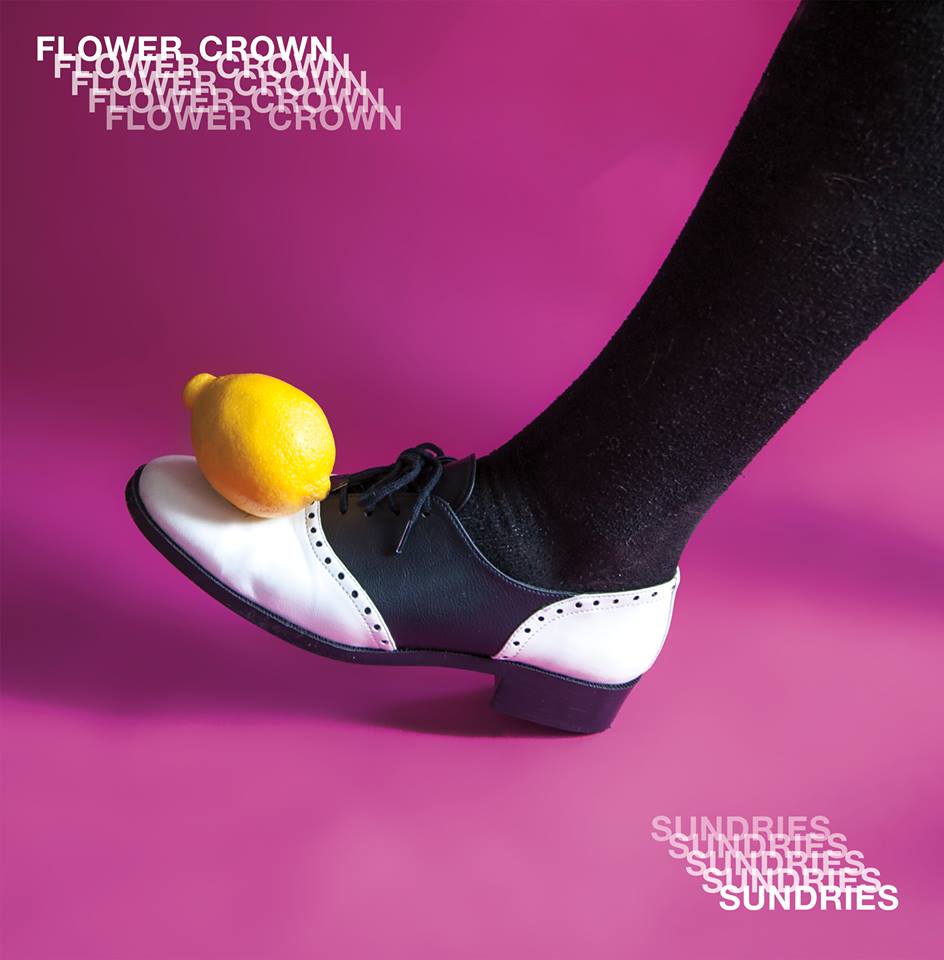 Flower Crown is a jangly dream pop band from Pittsburgh who releases their latest album entitled Sundries this very morning via local label of love Crafted Sounds on all the usual formats. They will be raging at their vinyl release show on Sunday at Spirit and since Monday is a holiday, you don’t have to wake up early… so go. I want to thank Richie Colosimo (Guitar/Vocals) and Chris Sexauer (Bass) for taking the time to participate in this editon of First/Last.

The first album you ever bought?
Chris Sexauer: Ricky Martin’s 1999 self-titled album. Livin’ la vida loca, baby.
Richie Colosimo: Damn, that song rips. I bought my first two CD’s around the early 2000’s one of which was Pure Funk, a compilation of funk music. It had bands like Earth Wind and Fire, Sly and the Family Stone, Patti Labelle, and Parliament, all legends. That record made me a much groovier person. It was that CD and Kid Rock’s Cocky. The edited version of course.

Your last album bought?
Richie: I think the last record I bought was Float Along Fill Your Lungs by King Gizzard and the Lizard Wizard at Juke Records in Bloomfield. RIP.
Chris: A vinyl copy of The Sound of Animals Fighting’s The Ocean and the Sun. I got to catch them on their most recent tour in Cleveland and remembered how much I loved their music.

Favorite album of all time?
Chris: For me it’s a three-way tie between Spook Houses – Trying, Titus Andronicus – The Monitor, and Modest Mouse – The Lonesome Crowded West. Spook Houses in the Fall, Modest Mouse in the Summer, and Titus Andronicus when I need to come out of a bout of self-pity.
Richie: I’m really bad at questions like this. I go in and out of phases and I have more ADD than you can shake a stick at, but I do love A Night at the Opera by Queen a lot, Dopesmoker by Sleep, anything by Earth Wind and Fire. I’ve also been listening to an unhealthy amount of Beach House, so idk. I’m rambling. There’s that ADD.

Least favorite/most disappointing album?
Richie: Oof. Uhhhh… Ordinary Corrupt Human Love by Deafheaven album was kind of disappointing, I guess. I listened to a lot of black metal/black-gaze/whatever before I heard of Deafheaven and even enjoyed Sunbather and New Bermuda when all the insufferable black metal nerds hated on them. The new record just didn’t combine their sounds well like the last few did. They did put a heater of a single out after that record though, so maybe the next album will be good.
Chris: That’s a tough one, but in recent memory it’s probably Suffer On by Wicca Phase Springs Eternal. I love Secret Boy but this new one didn’t do it for me.

First concert attended?
Chris: I can’t remember how the timeline of this went, but I think the first two concerts I went to in the same summer were Bela Fleck and the Flecktones and a local Erie hardcore show. I’m pretty sure xRepresentx played and some dude broke my nose, ha-ha.
Richie: Besides Weird Al when I was a kid, my first show was Coheed and Cambria when I was 16. That was first time i remember being like “I want to do that.” I picked up a guitar that same year.

Last concert?
Chris: I just got to see PUP at The Rex Theater, always an amazing live show. Someone sprayed me with Hawaiian Punch during the “Hawaiian Red Fruit Punch!” line in “DVP.”
Richie: I saw Dan Deacon at Spirit Turns 4. He was so much fun live. Danced my ass off.

Favorite concert ever?
Chris: If I had to rank them, I’d probably put seeing Neutral Milk Hotel at Pitchfork 2014 at the top. The high school indie kid in me was super jazzed to see a band I never thought I’d see, and I don’t think there was a single dry eye during “Two-Headed Boy Pt. 2.”
Richie: That’s funny because Neutral Milk Hotel was definitely up there on my favorite shows too, also definitely cried a bunch. I think Shannon and the Clams at Spirit was up there too. It was just a mix of the music, being messed up, and dancing with my friends. It was just a good time. Another notable one, was turning 21 and catching a bus to Philly to see Church of Misery on their first US tour. Got to smoke with them after interrupting a conversation outside of the North Star Bar. They were so nice and welcoming and took pictures with me. So cool.

Least Favorite Concert?
Chris: I don’t know that there’s any single concert that sticks out as the worst, but there are definitely some things I see at shows that make me really start to dislike it. Namely, if the band isn’t having fun playing, if it looks like they don’t want to be there, I don’t want to be there either. Also, take the thirty seconds to tune your guitar between songs, it makes a world of difference and believe me, we notice if you don’t.
Richie: I agree with Chris. If you can afford a guitar and an amp, you can afford a cheap tuner pedal. But yeah, I really only have a bunch of gnarly personal concert stories. There was a concert I played that was at a skatepark near my hometown where a fight broke out and amid the chaos a dude started firing an automatic airsoft rifle into the air and crowd. We had to play after that lmao. One time one of my old bands we showed up to play a “fest” that was just a show in some teenagers driveway in a New Jersey suburb. I can’t even remember if we got paid. That sucked. Another time, we played a basement show where people were ripping the ceiling apart and setting off fireworks in the basement as bands played. There’s a video on youtube from that exact show where you can see me getting punched in the face by the closer of the night, a “Juggalo Power-electronics” set. Dude was nuts. WCPC Whoop whoop. But yeah I could go on.

Favorite thoughts, experiences about Pittsburgh?
Chris: I moved here in late 2015 from Erie and definitely felt welcome here. Notably, I’ve been very happy with how much the local music scene has welcomed Flower Crown into it. When I joined the band and we started playing shows in 2018, a lot of people, especially those that have been playing in the local scene for years, were super fast to accept us talk to us and generally be cool. I think in Erie, or at least the hardcore scene I came up in ten or so years ago, there was a definite in-group/out-group dynamic, and I don’t see that anywhere near as much here.
Richie: Pittsburgh has been great. Coming a small town in northern PA, Pittsburgh was one of my favorite places to come as a kid. It seemed like the biggest place in the world. Now that I’m here I realize how small it is and I think it makes it more comfortable for me. Especially in the music scene, you’ve rubbed elbows with just about everyone, it’s tight knit but inclusive, and people are very friendly. You get the best of both small town and big city, and it really is the perfect for me.

Thanks, guys. I think those concert horror stories are funny as hell, Richie. I would love to compile a as many as I can from as many musicians and put it out somehow. Out of all the questions I ask, this is easily my favorite. 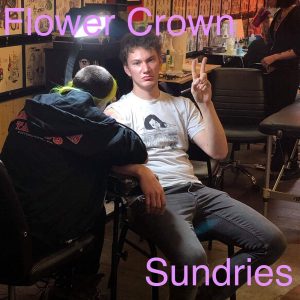 Alternative cover art via the band