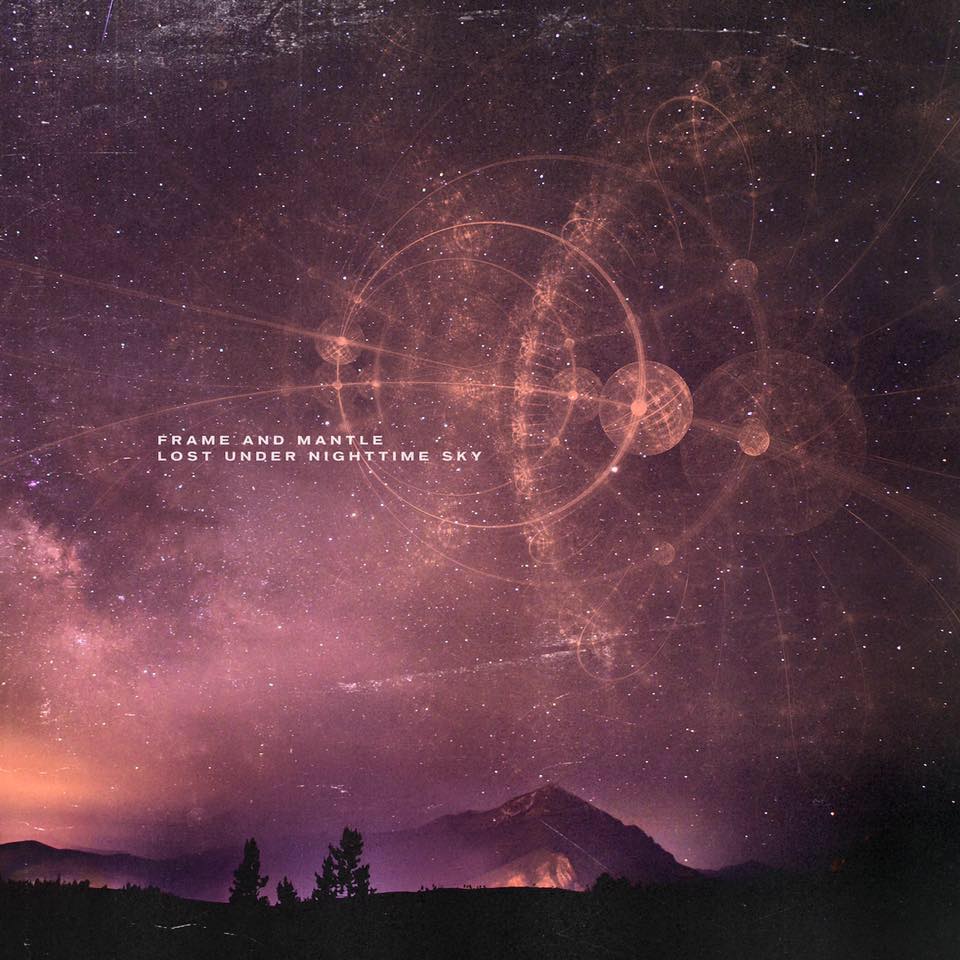 “Frame and Mantle spent the last year revamping their sound and accumulating sketches they had been writing since the release of their 2016 EP, While Our Fields Lie Fallow.“

Frame and Mantle is an indie post-rock band from Pittsburgh who’s debut album entitled Lost Under Nighttime Sky was released last fall. Performing a couple times a month since then, the band kick off the new decade next Friday, January 10th supporting Why Not from Minneapolis along with locals The Zells at 222 Ormsby on the Southside. I want to thank Connor Freer (Vocals) and Brian Thompson (Guitar) for taking the time to participate in this edition of First/Last.

The first album you ever bought?
Connor Freer: My mom used Pepsi Points to buy me Middle of Nowhere by Hanson and Maroon by Barenaked Ladies.
Brian Thompson: I think the first album I ever bought with my own money was Nirvana’s self-titled compilation. It was either that or ‘Weird Al’s The TV Album… I was like 11 so the timeline’s a little fuzzy.

Your last album bought?
Connor: Prison on a Hill by Somos. They released it early to raise money for the family of their guitarist who died suddenly.
Brian: I picked up a copy of our friends Heron’s latest album Sun Release on vinyl when we played together at our own vinyl release show. It’s a fantastic record, and is required listening for any fans of instrumental post-rock out there.

Favorite album of all time?
Connor: Tough question. If we’re talking specifically albums that influenced how I try to write music, it’s a toss-up between Take This To Your Grave by Fall Out Boy and Three Cheers for Sweet Revenge by My Chemical Romance (REUNION MEME).
Brian: In Rainbows by Radiohead. I’ll never forget waking up at 5 AM on release day and downloading it for the bus ride to the renaissance fair for my school’s field trip. I’ve probably listened to it almost a thousand times at this point and it’s never gotten old.

Least favorite/most disappointing album?
Connor: Also tough. I’m the kind of person who hate-listens to stuff until I like it. When Danger Days (MCR) came out, I was really disappointed by it, but I think I just didn’t give it a chance. I thought of a better one – I loved Make Believe by Weezer, but I haven’t listened to anything from them since that one. They just kinda bore the hell out of me.
Brian: One that stands out to me as being pretty disappointing is Hyperview by Title Fight. When it dropped I really wanted to like it, but I just couldn’t get into it. I recently tried giving it another chance, and there are definitely a few good songs on it (mainly the Ned songs), but it’s just too washy and lacks the drive and urgency of all their other releases.

First concert attended?
Connor: Streetlight Manifesto, Gym Class Heroes, Whole Wheat Bread, and two local openers – and I recently befriended the bassist of one of those openers, lol.
Brian: I’m pretty sure it was Huey Lewis and the News in Erie. That had to have been in like 1998. I think I only knew “Hip to Be Square”, and I think he played that as an encore, which was tight.

Last concert?
Connor: Swiss Army’s beer/single release party for the beer/song “Host” by Dancing Gnome. Unexpectedly met up with some friends there and it was a good time.
Brian: I saw Thom Yorke, which was phenomenal. I’m not as familiar with his solo work as I am with his Radiohead output, but his performance was super energetic and the visuals were insane.

Favorite concert ever?
Connor: I’ve been to so many different kinds of concerts that it’s hard to pick just one. Some amazing house shows in Pittsburgh or on tour with my own past bands in Chicago and Salem/Boston, some arena concerts where I saw Coheed & Cambria or Between the Buried and Me… I saw The Wonder Years/Citizen/Fireworks/Real Friends/Modern Baseball at Cleveland’s Agora and that was really good. Now that I think of it, every MoBo show I’ve seen went completely off the rails because everyone loved them so much.
Brian: Audiotree 2015 hands down. Every band I saw (Foxing, And So I Watch You From Afar, CHON, The Fall of Troy, etc.) played incredible sets.

Least favorite concert?
Connor: Several years ago, I saw a local Pittsburgh band who played Four Chords Fest in the strip district. One of the dudes pointed out that his young near-infant son was in attendance, and he wasn’t wearing ear protection. That’s not cool in my book.
Brian: I remember being pretty let down after seeing Structures live. Their performance was sloppy and they had virtually no stage presence. You could accuse their recorded output of being a little too polished, so it makes sense they couldn’t really match that intensity live.

Favorite thoughts, experiences about Pittsburgh?
Connor: I love that there’s a lot of great art in Pittsburgh, both music and physical art/poetry/etc., and I love that it’s a small-world type of place where you run into friends and acquaintances often, and find out that your personal world is more interconnected than you thought.
Brian: I moved here from Erie three years ago, and I keep finding new things to love about the city. But my single favorite Pittsburgh thing will always be Jerry’s Records. If anyone I know is visiting the city for the first time, I’ll take them there and it’ll always blow their mind just how much vinyl they have there.

Thanks, fellas. Love the album and really looking forward to seeing you play sometime soon!