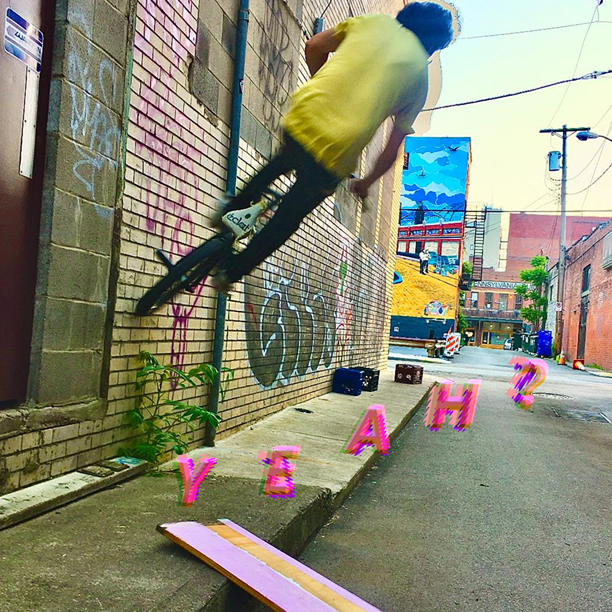 “Touch the floor, but don’t go sinking more. Room for one, for you and then it’s done. Nothing more.“

Gaadge is a Pittsburgh based slacker rock band in the vein of Pavement, My Bloody Valentine and Spirit of the Beehive. Formed in 2014 as the creative output of songwriter Mitch DeLong, the band’s debut full-length album Yeah? comes out on March 19 via local label Crafted Sounds (Cassette, CD, Digital) but you can preview it with the single “Twenty-Two” right now. I want to thank Mitch (Guitar/Vocals) for taking the time to participate in this edition of First/Last.

The first album you ever bought?
Green Day – International Superhits!

Your last album bought?
Helvetia – Nothing in Rambling.

Favorite album of all time?
Swirlies – They Spent Their Wild Youthful Days in the Glittering World of Salons.

Least favorite/most disappointing album?
Whatever the last Ride album was?

First concert attended?
My first concert ever was Britney Spears at Star Lake on the ‘Oops I Did It Again’ tour. Little kid me was star struck.

Favorite concert ever?
My Bloody Valentine in ‘18. Finally saw them and there’s nothing else like that experience.

Least favorite concert?
A Disturbed show I went with my high school girlfriend cause her dad was really stoked on it.

Favorite thoughts, experiences about Pittsburgh?
I love the people and artists here in Pittsburgh. I’ve had some great times and have seen some fantastic things here. There’s a lot of really cool stuff to dig into. The city definitely has glaring issues but that’s another conversation.

Thanks, Mitch. Love this album! It has a variety yet still maintains a cohesiveness, if that makes any sense? Can’t wait until more people can jive to it.