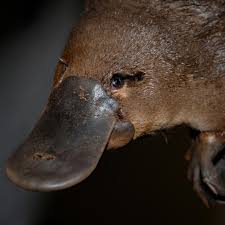 Heath Forslund is a Pittsburgh based singer-songwriter who discovered after being in various bands and recording projects, he wanted to dive into a writing process by himself. He met Matt Rowley in 2016, played a few of his solo songs for him and encouraged Heath to record them. At first it was hard for Heath to find a voice alone, about after going through many drafts and a little heartache, he was able to find something that felt like himself. He’s always been drawn to Americana and Folk music, but also cut his teeth on bands like The Smashing Pumpkins and R.E.M while also going through the emo phase of the early 2000’s. The music that he writes now is a healthy blend of all of those phases as evidenced on his EP from April of this year entitled Just a Few. I want to thank Heath (Guitar/Vocals) for taking the time to participate in this edition of First/Last.

The first album you ever bought?
Beck – Mellow Gold. I remember using my allowance to buy the cassette tape. My Dad took me to The Wall to make the purchase. Before that I was recording songs from the radio to blank tapes, of course filling in the first few seconds of the songs by singing them myself.

Your last album bought?
So everyone pretty much just streams what they want to these days. I always try to purchase albums from my favorite artists. Caspian – On Circles was the last record I bought. I’ve been following them for years. Post Rock has always been a huge inspiration for me.

Favorite album of all time?
Tough one. Either R.E.M. – Green or Radiohead – OK Computer. I remember my Dad driving around in his 1991 Chevy Blazer, blasting R.E.M. I know that I didn’t understand what the lyrics were trying to convey, and probably still don’t, completely, but they sounded different than anything I’d ever heard. OK Computer is a pretty cliché favorite album, I know this. My older sister bought it for me for my 14th birthday. I’d been playing guitar for around 4 years and this album changed the way I looked at creating my own music. Before it was just Nirvana power chords and whatever Led Zeppelin son a friend showed me.

Least favorite/most disappointing album?
Anything that went along with that new metal thing. Korn, Disturbed, etc.

Least favorite concert?
Dinosaur Jr. I got really drunk, heard it was a great show……

Favorite thoughts, experiences about Pittsburgh?
I moved to Pittsburgh from NC in the summer of 2012. I have two sisters who have lived here for years and I always loved visiting. Pittsburgh has a positive vibe and I feel like it’s pretty excepting of people as opposed to other places I’ve lived. Although I’ve moved outside of the city within the past two years, I still work in Lawrenceville and the city is special to me.

Thanks, Heath. Your Dad seems like a groovy dude, encouraging your interests and turning you onto some great music. My Dad was groovy, too.