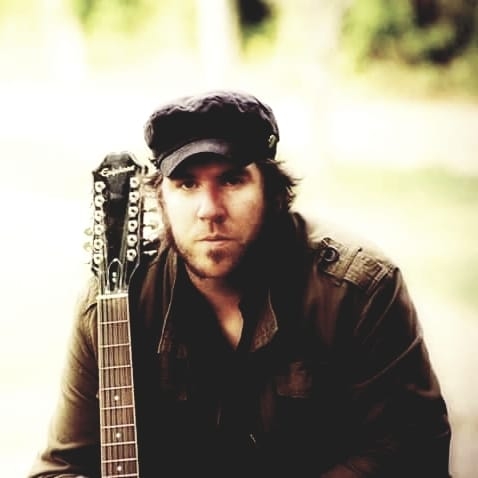 “In 2010 Jim met up with talented musician and songwriter Scott Ruffner of the band The Laurel. Scott urged Jim to put his music out with a full band behind him.. So after the offer of Essential Machines Rj Dietrich to record a full band album in his brand new Blue Sofa Studios.. Jim formed the band with Scott on Lead Guitar, Bass.. Rj not only producing but doing drum work on the album, guitar and back up vocals with his wife Karen on songs “All Alone In My Dreams” and “Drama Queen” and featured Tim Krupar on Bass.“

Jim Platt is a singer-songwriter from Derry, PA which is an hour East of Pittsburgh who has formed Jim Platt’s Rhythm Innovation to showcase his ability to connect with a listener through his music with the help of a full band sound. Grounded from playing out due to the pandemic, keep an eye out once this is all lifted to find him performing at his usual Pittsburgh haunts. I want to thank Jim (Guitar/Vocals) for taking the time to participate in this edition of First/Last.

The first album you ever bought?
Please Please Me – The Beatles.

Your last album bought?
Why Me? Why Not. – Liam Gallagher.

Favorite album of all time?
Rubber Soul – The Beatles

Least favorite/most disappointing album?
Well I try to only go after what I like but disappointing was Noel Gallagher’s Who Built the Moon? I felt he was trying to be something he wasn’t… it had some highlights but fell short to his first two solo albums.

Favorite concert ever?
It was McCartney. Actually seeing him in the flesh made me feel like those kids back in the 60s knowing how they felt, also made me believe with my own eyes that wow these guys were real… the music of The Beatles is like something out of this world… something we will never see again, in my opinion.

Least favorite concert?
It was Kill Switch Engaged and I just went because my buddies wanted me to hang out. Not my cup of tea.

Favorite thoughts, experiences about Pittsburgh?
I love going to see my sports team play… always a great time. Hitting up the Hard Rock with my wife for a night out, but most enjoyable would be my times I’ve played shows where something special happens and everyone was great! Made for a great night!

Thanks, Jim. I have to agree on your assessment of The Beatles. It never fail to amaze me that their music is timeless and groundbreaking as the day they wrote and recorded all these amazing songs. Incredible.