First/Last – Jimmy and the Beautiful Mistakes 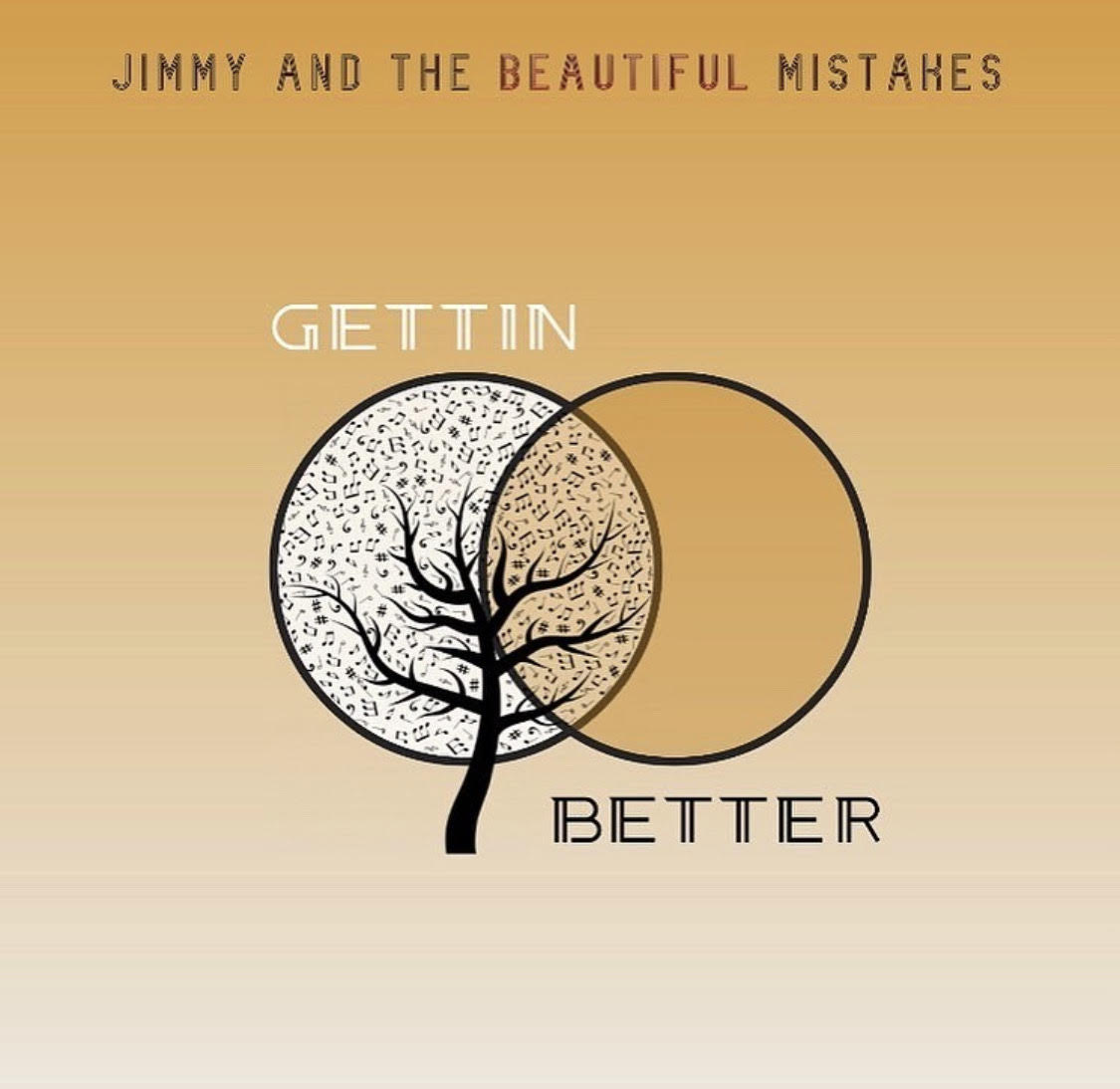 Jimmy and the Beautiful Mistakes are a Pittsburgh rock band formed by Detroit native Jimmy Marino after recording and releasing his debut album Gettin’ Better in November 2019. The music speaks to how poor choices can still turn into something beautiful. With musical influences from rock, roots, blues, and Americana, you’ll find every song is decidedly different in style, where the hooks pull you in, the honest lyrics resonate, and the music rocks. I want to thank Jimmy (Guitar/Vocals) for taking the time to participate in this edition of First/Last.

The first album you ever bought?
Queen, A Night at the Opera.

Your last album bought?
Shakey Graves, And the War Came. I’m rebuilding my vinyl collection, so I’ve been buying many albums that used to have. Lot’s of Elvis Costello and bands I loved growing up.

Favorite album of all time?
Really tough question, but probably Blood and Chocolate by Elvis Costello. I came rather late to his music. I remember being in a record store in 1987 (Harmony House in Detroit) and this amazing music was being played. I’d never heard anything like it. It was the Spike album by EC that just came out. I bought it on the spot. Then I worked my way backwards through his releases, buying everything by him I could get my hands on. Blood and Chocolate from 1986 was the second one I bought. And wow, it just blew me away musically, lyrically, and emotionally.

Least favorite/most disappointing album?
All the later Queen albums disappointed me. I was a huge fan growing up and I thought the music just lost something, especially after Freddie died. Probably The Works was the last album I enjoyed by them.

First concert attended?
Cheap Trick. Outdoor concert at the Meadowbrook Music Festival in Rochester, MI. I remember being completely amazed by Rick Nielson’s live guitar playing. I’ve never seen anyone play like that guy before or since. How can someone rock so hard and yet be so technically proficient? And how could Bun E. Carlos be such a rockin’ backbone on drums with such a tiny kit? And man, were they LOUD.

Last concert?
Well for this we have to go back a full year or more when I was going to all kinds of local shows (unless we want to count online stuff). My girlfriend got me front row seats for Elvis Costello in St. Augustine, FL. I’ve seen him many times, but never that close. Boy, did they rock. SO much energy. But before that I went to see Lake Street Dive who are one of my favorite bands. They play so well live it’s truly a pleasure to hear them live.

Favorite concert ever?
I once saw David Bowie at the Silverdome in Pontiac, MI. What and incredible show. And I mean a show. I feel so fortunate to have been able to see him live back then. But these days, I really enjoy local shows in small venues. It’s so much more intimate and the music sounds so good. ON my birthday in 2018 I saw a band called Driftwood. It was one of the most enjoyable experiences I’ve had. They were so good, tight, and the music really spoke to where I was in the moment (out by myself on my birthday feeling a little lonely). It was a beautiful night.

Least favorite concert?
I went to Thrival a few years ago out at Carrie Furnace. Good music most of the day, but for some reason the mix for the headliner, Metric, was terrible. They just did not sound good. It was just loud and “flashy”, like too many strobe light effects. Hurt my ears and my eyes.

Favorite thoughts, experiences about Pittsburgh?
Pittsburgh has been good to me. I moved here with my ex after the great recession. I fell in love with this city, but my marriage also fell apart. She left and I stayed. I really deepened my relationship with the city after that. I embraced it. I started attending many more arts and music events. The Symphony (classical is my first love as my first instrument was violin), plays, gallery crawls, concerts, open mics, cafes, restaurants. I also started exploring the different neighborhoods and spending more time there. I had also been away from playing and writing music for a long time so my breakup and the city inspired me to take up songwriting again. Pittsburgh has really been a place of awakening and rebirth for me as a musician and a person.

Thanks, Jimmy. I have never seen Cheap Trick live. I always regret not seeing them play at the Pepsi Roadhouse when they stopped there years ago but I didn’t have anyone to go with me and being somewhat of a hike to get there, I decided not to go by myself. Very dumb decision.