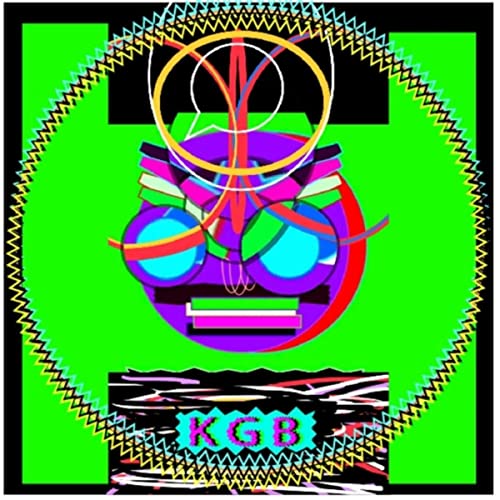 “Sailing the cosmic seas with music to do stuff to.“

KGB (Kyle Greene Band) is a live looping, funk-jazz, instrumental, fusion, psychedelic duo from Latrobe, PA who’s is readying up their latest release entitled EP2 following up on EP1 from earlier this year. As with their live show, KGB brings a unique, infectious sound to the Pittsburgh musical landscape. Using live-looping as their base ingredient, KGB creates catchy, grooving backdrops for soaring, melodic explorations. I want to thank Kyle Greene (Guitar/Bass/Live Looping) for taking the time to participate in this edition of First/Last.

The first album you ever bought?
I remember a friend buying me a copy of Soundgarden’s Superunknown. I still love that album to this day.

Favorite album of all time?
Hard to say but I’ll go with a toss-up between Gov’t Mule’s self-titled and Eric Johnson’s Ah Via Musicom.

Least favorite/most disappointing album?
Nothing specific comes to mind. I am incredibly picky with music though. If it doesn’t hit me quickly,or hits me the wrong way quickly; I get out of there fast.

First concert attended?
My dad took me to see Ted Nugent when I was a wee lad. He shot the guitar with a flaming arrow. It was wild.

Last concert?
Soulive at the Roxian back in Februrary

Favorite concert ever?
The first time I saw Gov’t Mule back in 2001…that show reprogrammed some of my DNA.

Least favorite concert?
Playing bass for CMA artist Andy Griggs at some giant outdoor festival in Florida, opening for Brad Paisley and Sugarland…I had to learn the 90m set in a day’s time, didn’t sleep, had the worst gig ever in front of thousands when he called a really easy tune that wasn’t on the list. My brain broke! Figure it’ll make a great story for the grandkids someday…

Favorite thoughts, experiences about Pittsburgh?
Even though I live a county over, I think of Pittsburgh as my home city. Always have, always will. This city drips with culture and history, I am excited to be a part of its present and future.