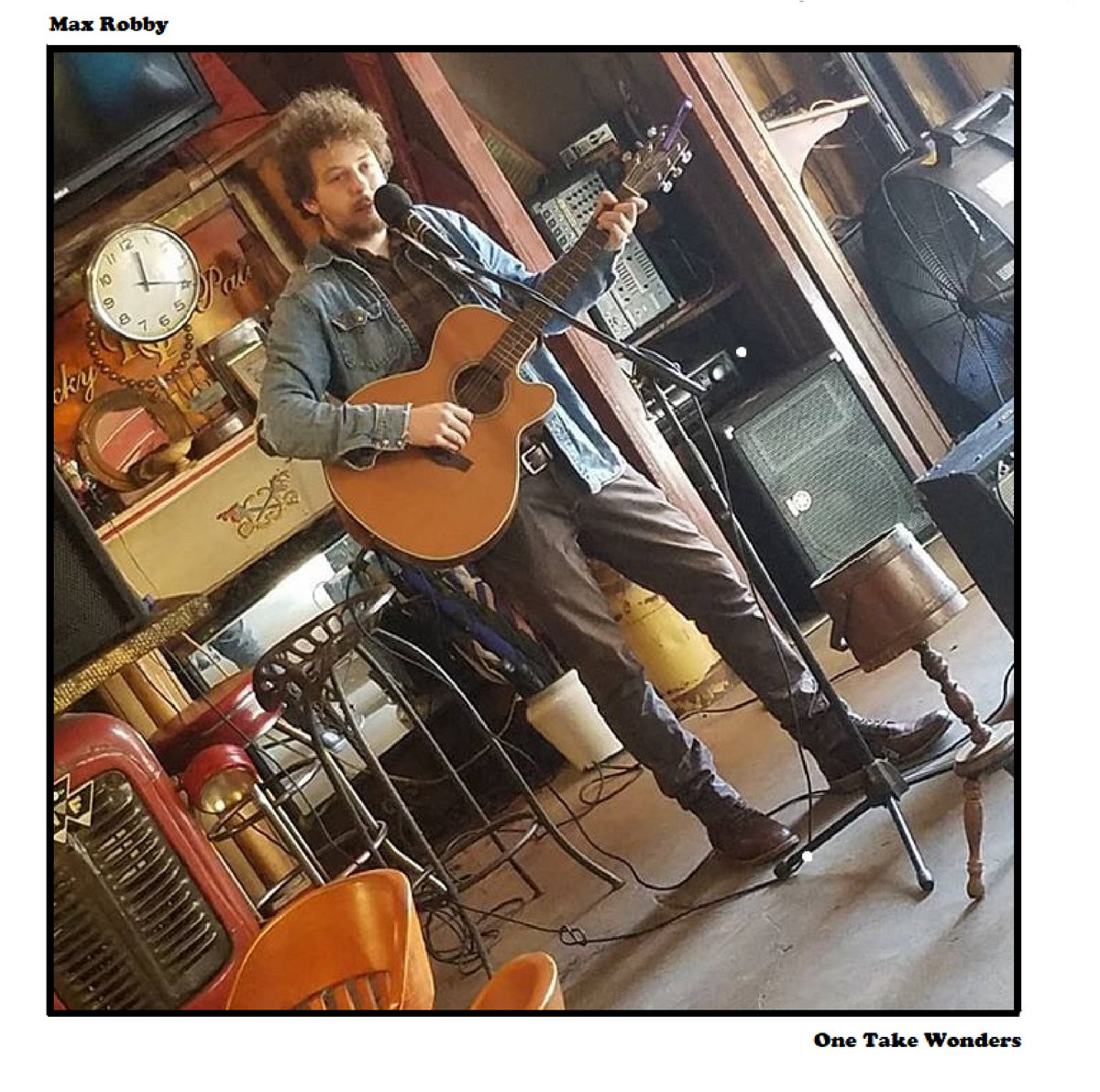 Born-and-raised Pittsburgher Max Robby is an emerging folk artist who laces his story-based songs with wry wit and tender inflection and frames them with traditional finger picking and blues guitar stylings. His first professionally-recorded collection for earlier this year entitled One Take Wonders produced at Just-Records in Dormont shows the breadth of the young artist’s ambitions and abilities. Like so many folk artists before him, he attempts to reconcile classic–and, at times, eccentric–American stories with the wild novelty of the modern moment. As Max (Guitar/Bass/Drums/Piano/Harmonica/Banjo/Mandolin/Vocals) preps a new EP, I want to thank him for taking the time to participate in edition of First/Last.

The first album you ever bought?
White Blood Cells by The White Stripes. I still play the opening track at shows, one of those albums that made you wanna play loud gut punching bluesy punk with whoever was around.

Favorite album of all time?
That’s tough. I’ll say, In the Aeroplane Over the Sea, Mule Variations, Sandinista, and Bringing It All Back Home are a couple of what I consider my all-time favorites, endless wheelhouse of inspiration.

Least favorite/most disappointing album?
Another tough one. I’ll dodge again and say my biggest current music disappointment is that Tom Waits HASN’T released an album in almost ten years. I think he’s got plenty to say about those ten years too

First concert attended?
Cowboy Junkies, with my mom at the point.

Favorite concert ever?
Right now I’ll say Reverend Beat-Man was my favorite. Just this wild Swiss guy with a long tuff of hair singing about mom and church and the best places to dance. Awesome show.

Least favorite concert?
There’s been more disappointments than otherwise. I saw Modest Mouse when they came here in 2011/2012, they kinda just phoned in the show. Death Cab for Cutie, that was more for girl reasons though. The Queers was alright, but it was a Tuesday and their fan base doesn’t have the energy they use to. Most shows I go to Ieave craving a little some something more, a story, a moral, some unexplained mystery, a smashing of a cultural wall, something. A lot of artists are tired and gotta get to the next show

Favorite thoughts, experiences about Pittsburgh?
I mean it’s home. My friends and family are here, I was born here. It’s so close that sometimes I can’t see it, or don’t understand it, which is great, I love that feeling about a place. I can walk through a neighborhood I have a thousand times and reimagine who built the houses, repaint it in my head. It’s a great place, I’ll always come back to it.

Thanks, Max. Interesting take on how a concert-goer craves something from live music above what is actually presented. I believe all fans feel that way to a certain extent but you kinda summarized it perfectly.