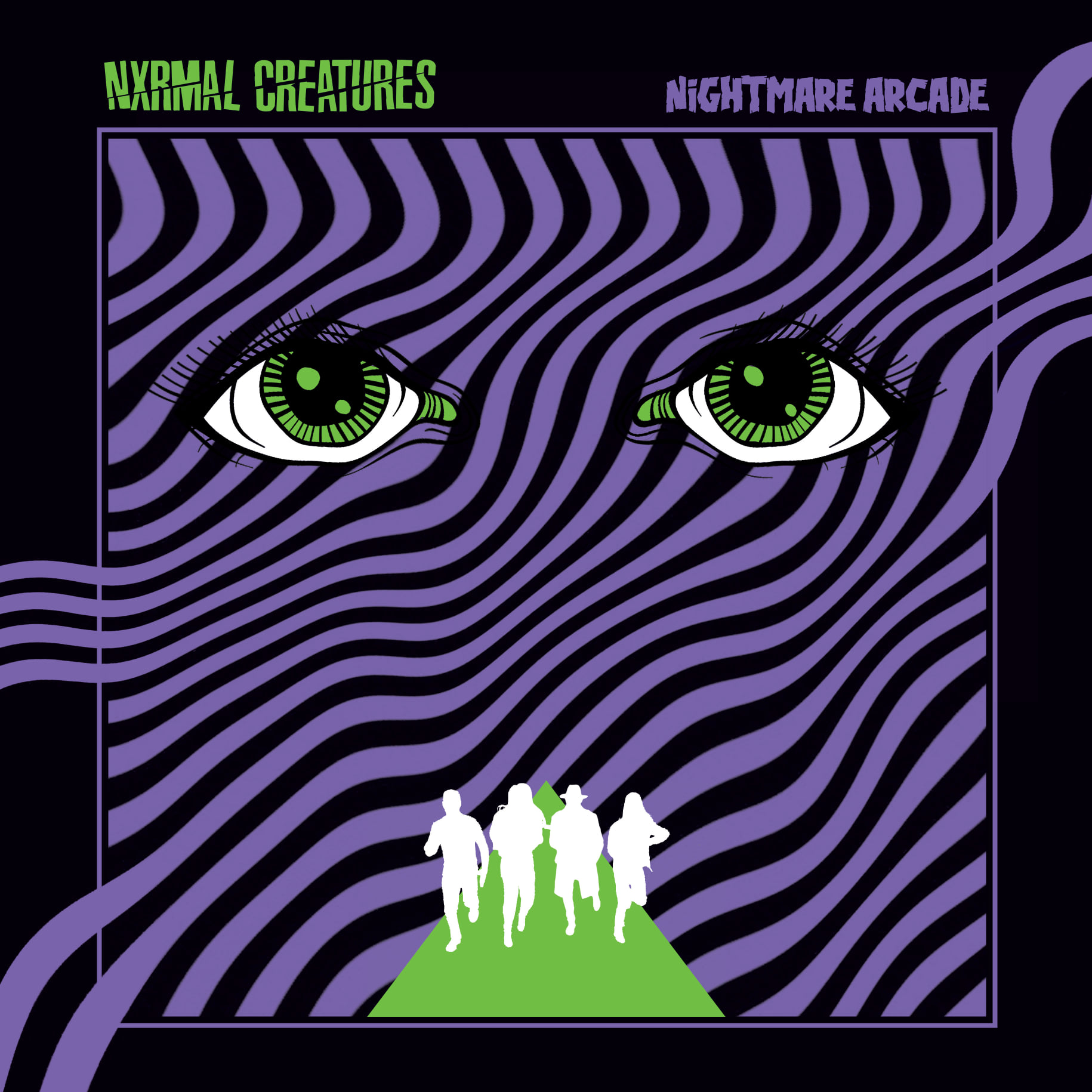 Normal Creatures is a Pittsburgh based hip-hop/rock group (formerly known as Sikes and The New Violence, who have been rocking hard since 2015) who cooked up big plans today for the release of their latest album Nightmare Arcade. Among the merch bundles (vinyl, cassettes, CD, shirt, buttons, pendant, beanie, hoodie, ZINE!) and streaming options, there is an online album release show ‘fakestream‘ going down later tonight at 8pm. Many thanks to local mainstay Brian Sikes Howe (Vocals/Dope Spits) for taking the time to participate in this edition of First/Last.

The first album you ever bought?
The first album I remember buying with my own birthday money was Green Day’s Dookie from 1994. I was probably 9 years old and I still really love that album. I don’t have the CD from when I was a kid but I did pick up another copy on vinyl later in life that I still proudly listen to from time to time. Kind of wild to believe that it was recorded almost 30 years ago. Yikes!

Your last album bought?
I recently went out to New Kensington to visit my friend AJ’s record shop Preserving Underground on my birthday and treated myself to new pile of records. I won’t go through the entire list but the one piece from the pile that I was probably the most excited about would be a copy of Fear Factory’s Obsolete album from 1998. I’ve spent the past decade really trying to catalog all of my favorite childhood and teenage albums on vinyl and that Fear Factory record was one of the final pieces missing from my collection. Best birthday gift ever even if I still had to pay for it!

Favorite album of all time?
Mindless Self Indulgence’s Frankenstein Girls Will Seem Strangely Sexy from 2000. Even though there is plenty that wrong with this album in hindsight, I simply cannot deny the impact that it had on my life. Hearing this album for the first time was legitimately life changing in every dramatic aspect of the phrase. It shifted my entire perspective on music, art, society, identity and set me on the path for the person that I am today. On the surface, the album may seem like nothing more than a collection of goofy sounds and crude humor but beneath the surface I think there are some very complex layers to the album that a lot of people overlook because of it’s unapologetically uninviting nature. I won’t get into all of it here but I actually made a fairly in-depth video about it that is on my podcasts YouTube channel. Feel free to look up ‘Start The Beat Podcast’ if you’re curious!

Least favorite/most disappointing album?
I don’t really feel like it is healthy to mentally hold onto things that disappoint me or to keep track of one’s “least favorite” things so I can’t really think of anything off the top of my head. I’m really sitting here trying to come up with something but I am having a difficult time even tapping into it. I think when I was younger it would have been easier to answer this question but these days, I honestly try to give every album I hear the same level of respect & understanding. Ultimately, if I don’t like an album I just assume that it’s not for me and move on. To not leave you hanging though, I will say that out of all the artists who I have an infinite amount of respect for, Bjork has honestly probably been the most disappointing for me personally over the past decade. I still follow her work and have seen her live multiple times over the past decade but it just feels like her art is reaching a point of selfishness that has become difficult for me to find any meaning in. It’s incredibly disappointing to me because of she’s always been a huge inspiration. I’m incredibly happy that she is still active and has carved out a place in the world for herself to create the art she wants to create. It’s a really beautiful thing to see. I just wish I still connected with it the way that I used to. Her live performance from 2002 at the Royal Opera House in London still gives me chills every damn time I watch it. If you haven’t seen it, I highly recommend it. The whole thing is on YouTube.

Last concert?
Not counting shows that I was playing of course, I think the last “BIG” concert that I attended was when Iron Maiden played at the PPG Paints Arena in August of 2019.

Favorite concert ever?
Rammstein. May 2012 in Cleveland. Probably the best live band on the planet. For someone with my taste in music anyways… Hah!

Least favorite concert?
As I mentioned before, I’m not huge on keeping track of “least favorite” things. However, one of the most miserable experiences I have ever had at a live show was seeing Feist in July, 2012. The performance was great but the crowd was terrible. It was an outdoor show and for whatever reason, the crowd seemed to have no regard for the artists performing. By the nature of her music, the mix was kinda low and the crowd was very loud. It just sucked. I hope that if I ever get to see her perform again that it is in a more intimate setting with a crowd that actually wants to be at a show.

Favorite thoughts, experiences about Pittsburgh?
I’ve built an entire life for myself out of being an active member of the Pittsburgh music community. I’ve been going to shows since I was a kid, playing in bands since I was a teenager and working full time for a local record label for the better part of the past decade. I’ve also done a lot of freelance audio, art and video work for other artists in the city and have been hosting a podcast focused on the Pittsburgh Music Scene for the past 7 years. Hell, I even found the house that I currently live in through a friend who I met at a local show over 10 years ago. The connections and friendships that I have made in this community have put me in a very cool place and if I had never been a part of this world, I have no idea what my life would look like. It’s not uncommon to hear people poo-poo on the Pittsburgh music scene but I think there is plenty of opportunity here for anyone who is willing to be a decent person and work hard on putting out a good product. Obviously, Covid has complicated the situation and I don’t need to explain why or how to anyone reading this. When we’re on the other side of the pandemic however, I know our scene will be back and just as strong as ever. There are way too many people who care about this community for it to die.

Thanks, Sikes. Have fun tonight. Always a supporter of yours, buddy. You do great work with your efforts for the Pittsburgh musical landscape. ‘Start the Beat‘ is definitely a required must see/listen for any Pittsburgh music fan.