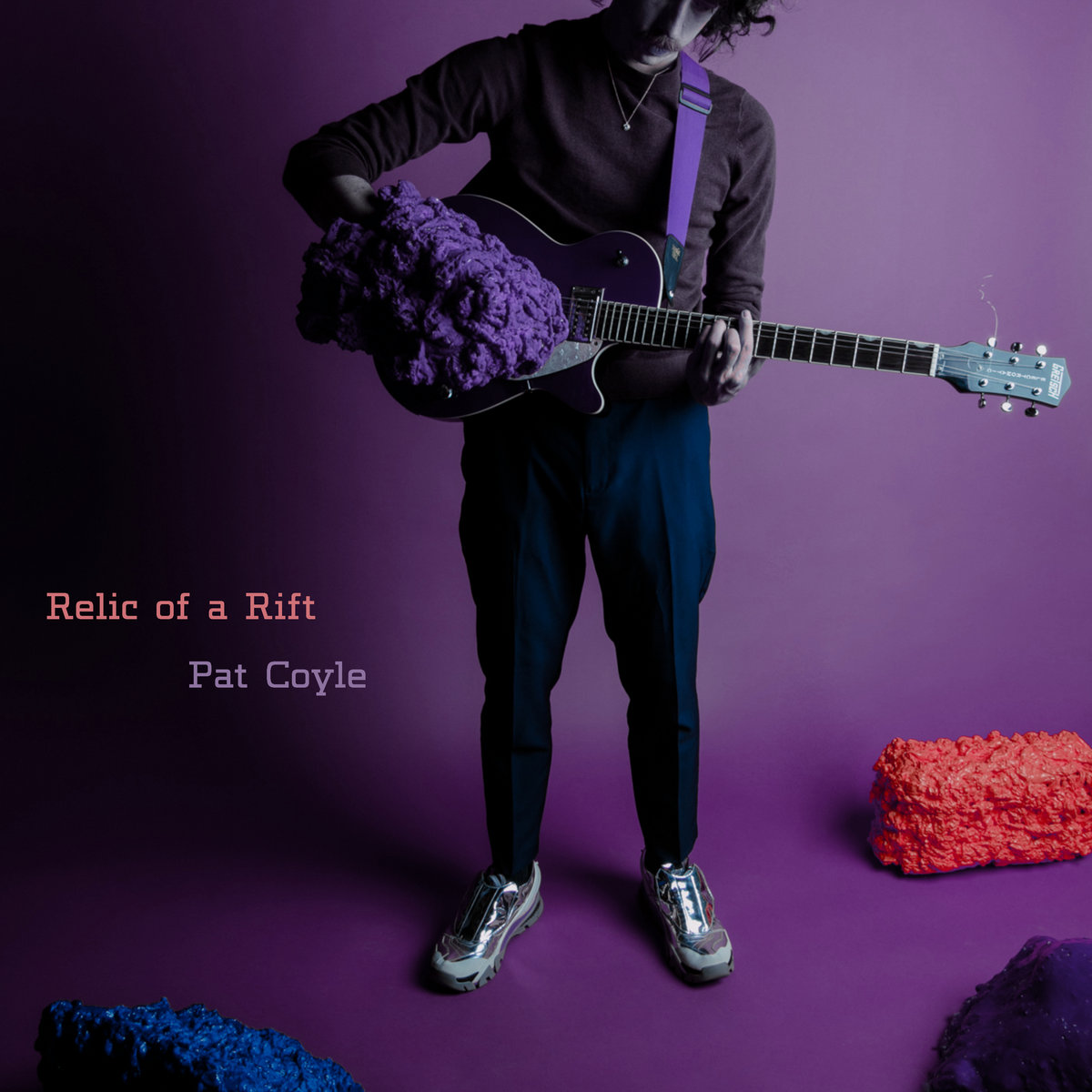 Pat Coyle is a Pittsburgh based singer/songwriter/drummer from who infuses intimate pop songs with sounds from day to day life. His background in filmmaking and general love for movies provides the bed frame for his lyrical inspiration, usually manifesting in cinematic vignettes that imbue a sense of longing and wistfulness. He recently released his new album, Relic of a Rift, a continuation of his melancholy and emotionally cathartic songwriting with hues of futuristic dreams sprinkled throughout as evidenced from the stream below. I want to thank Pat (Guitar/Synths/Samples/Drums/Vocals) for taking the time to participate in this edition of First/Last.

The first album you ever bought?
The earliest purchase I can remember is So Much for the City by The Thrills. Fun, upbeat Irish indie/pop music! Gotta love it. This album made it into the book, “1001 Albums You Must Hear Before You Die”, so I guess I’m doing something right!

Your last album bought?
Kids Like Me by Swampwalk on vinyl 🙂

Favorite album of all time?
Room on Fire by The Strokes. Every song is perfect. Every song makes me wanna cry. Julian Casablancas shows up in my dreams sometimes and makes me feel like everything is going to be okay.

Least favorite/most disappointing album?
I feel like I haven’t been disappointed by albums a whole lot in my life. I’m more disappointed by movies. Seeing the midnight showing of Spiderman 3 when I was a kid still haunts me. I appreciate the campiness of the movie now, but oh boy, I invested a lot of emotional energy into that one and I came out of the theater with only a sense of pure disillusionment and loss. So maybe I should say the soundtrack to Spiderman 3? Ha-ha!

First concert attended?
John Mayer. Showed up because I loved John Mayer at the time but I walked out of that concert loving the drummer, Steve Jordan even more.

Last concert?
I got to be one of the singers in the Fleetwood Mac night that was put together by Pittsburgh Plays! It was such an awesome night. The musicians I got to be in the bands with are so freakin’ impressive and lovely.

Favorite concert ever?
I saw Deerhoof in Canada. I was right in front of the drummer, Greg Saunier. I cried. At one point his drumstick went flying in the air and I caught it and it made my life pretty much!

Least favorite concert?
The jazz band concert that I completely forgot to attend when I was in college. I was the drummer of the band and I was distracted that evening auditioning for a role in a student film. I get the call from my bandmate when the band is mere minutes from going on and I am way too far away to make it, with no tux on me and no immediate access to transportation. THANKFULLY, there was a drummer from a different jazz band that stepped in, faked his way through the charts and saved the day, but that was a nightmare scenario for sure. Walking into the band director’s office the next day is a moment I’ll never forget! He was very kind about it though

Favorite thoughts, experiences about Pittsburgh?
Just getting to play in so many bands with so many lovely friends 🙂

Thanks, Pat. The camaraderie and support among musicians in this city never fails to amaze me. I hear of complaints of cliques and not po-pooing that experience from those who have had them but to tell you the truth, I have never witnessed it first hand.