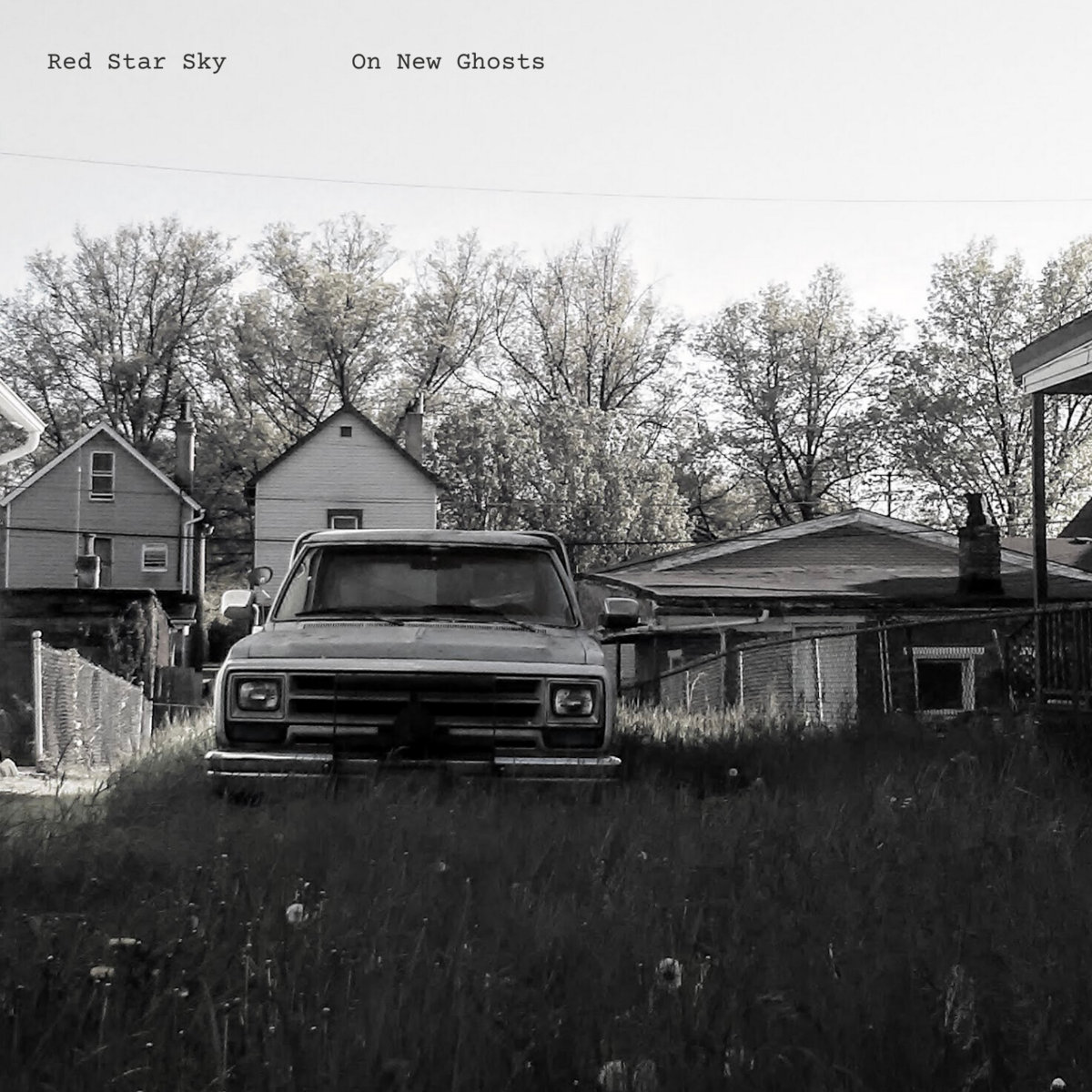 Red Star Sky is the alt-country/Americana pandemic-project-turned-band of Pittsburgh songwriter and musician Corey Layman. Album contributors include Erik Cirelli and Read Connolly. Current band members are Erik Cirelli, Darin Palilla, and Adam Thompson. Layman’s former and current projects include Hovland, Karl Hendricks Trio, Developer, and Line Forms. Red Star Sky songs range from snarly classic alt-country to somber folk, all of which draw from the feelings of loss, anger, and abandon that have been present during the pandemic, and which permeate Appalachia and much of its musical legacy. The band’s just released debut entitled On New Ghosts will no doubt be featured as the band performs live for the first time tonight (Friday, Oct. 15th) at Mr. Smalls Funhouse supporting the Mike Shanley + Michael Cunningham Birthday Fest. I want to thank Corey (Guitar/Bass/Drums/Vocals) for taking the time to participate in this edition of First/Last.

The first album you ever bought?
I’m going to go with the first real Alt-Country album I ever owned, which is Still Feel Gone by Uncle Tupelo. It’s still one of my favorite albums of all time, regardless of genre. I had completely missed Uncle Tupelo and had frankly tried to avoid any music with the word “country” in it after having grown up in a place where Popular Country was everywhere and unavoidable (think “Achy Breaky Heart”). Still Feel Gone just rocked, and was beautiful, and connected directly to something in my roots and so tangibly to Appalachia. Still does.

Your last album bought?
Well, I’m fixing to pre-order the debut album of the Australian band Springtime. I’m just waiting for the next Bandcamp Friday to roll around. There’s only one song available to listen to, and it’s freaking fantastic. I’m familiar enough with the artists, as I’ve been digging the current and former bands of singer/songwriter Gareth Liddiad, Tropical Fuck Storm and The Drones. This is a side-project along with a member of The Dirty Three, and a member of The Necks. You gotta hear this song “Will to Power.” You’ll probably forget all about my music, but it’s worth it.

Favorite album of all time?
That feels impossible. I’m going to have to go with Silkworm’s Libertine, which was beautifully remastered and reissued by Comedy Minus One a number of years ago.

Least favorite/most disappointing album?
I’m just so thoroughly disappointed by Mark Kozalek, and am disappointed with his later output musically, sure, but much more upset at the revelations that he is a creep of a human, who took advantage of and assaulted his fans. Sheds a completely different light on much of the lyrics and really just ruins Red House Painters and Sun Kil Moon, which is a shame because of how much I loved that music.

First concert attended?
I’m pretty sure it was Christian hair metal band in a High School auditorium. Maybe that wasn’t my first. There was a lot of random stuff like that growing up in the bible belt in the 80’s. First concert that mattered? I saw Jawbox play a college music festival right around the time For Your Own Special Sweetheart came out. That changed everything.

Last concert?
Pretty sure it was Sebadoh and Flower from sometime before the pandemic.

Favorite concert ever?
That’s another really tough one. It’s probably one of series of shows that I played while in the Karl Hendricks Trio where we played with our friend-bands, the Kyle Sowashes, and Bottomless Pit.

Least favorite concert?
Probably that time when my 90’s band Hovland got our break from Elko to open for Modest Mouse in their prime. It was gonna be huge and we had a great set planned. We got on stage, sound checked, and we waited, and waited, and waited… until we got the word that Modest Mouse took a wrong turn, or just didn’t bother coming to Pittsburgh, and Elko was going to have to refund everyone’s money and we didn’t get to play a note.

Favorite thoughts, experiences about Pittsburgh?
I’ve been in Pittsburgh now for 25 years. It is home to me. I feel extremely lucky to have been able to share the stage with some of my musical heroes. And then to get to be in a band and have a friendship with Karl Hendricks, who was one of the greatest humans, and is a criminally underappreciated songwriter and musician, that still humbles me. I guess my feelings on Pittsburgh are feelings of gratitude. Thanks, Pittsburgh.

Thanks, Corey. Album sounds awesome, buddy! And with the lineup you have backing you, I’m sure your gonna kill it tonight!