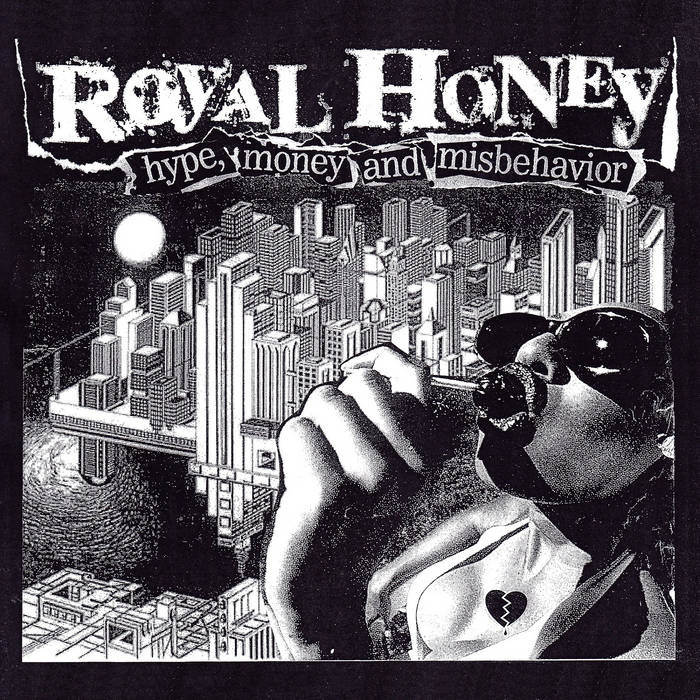 Royal Honey is garage rock band from Pittsburgh who incorporate glam, blues, and punk into their music to showcase the raw attitude the band projects. Last week they released a music video filmed at Jergel’s for the lead off track “Dirty Romance” of their slamming’ debut album entitled Hype, Money, and Misbehavior. I want to thank Bobby C. (Lead Vocals) for taking the time to participate in this edition of First/Last.

The first album you ever bought?
Grand Funk Railroad – Phoenix.

Favorite album of all time?
The Cult – Electric.

First concert attended?
Actually it was The Jackson Five with the Osmond’s.

Favorite concert ever?
The Cult and Lenny Kravitz at AJ Palumbo Center.

Favorite thoughts, experiences about Pittsburgh?
Playing Deutschtown on the street in front of the Government Center Record Store!

Thanks, Bobby. I am so happy that Deutschtown situation worked out. The bands were originally set to play inside the store but had to be moved outside onto the sidewalk which actually worked out better!