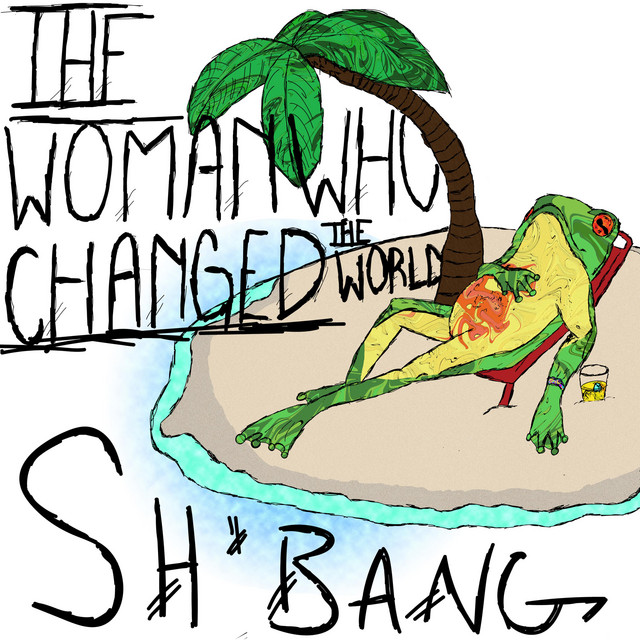 “Be safe, have fun, call if you need bail money“

Sh’Bang is an alternative punk rock quartet from Philadelphia laying out some groovy tunes designed to enchant and confuse. They encode their lives into rugged rock lines that will leave you dancing and crying at the same time. Following the release of their debut EP from 2020 entitled The Woman Who Changed the World, they are  prepping a short EP in November called The Sex Files which will include the songs “Makeup Sex” and “Stop Getting Naked In Front Of My Mom”. I want to thank Noah Fluck (Bass/Vocals) for taking the time to participate in this edition of First/Last.

The first album you ever bought?
I remember stealing a lot of my dad’s CDs but I think the first album I bought with my own money was Pure Guava by Ween.

Your last album bought?
LW by King Gizzard and the Lizard Wizard on vinyl.

Favorite album of all time?
The Mollusk by Ween. Ween is pretty dang cool to have made the album that inspired SpongeBob.

Least favorite/most disappointing album?
Neighborhoods by Blink-182. It took a while to grow on me but 13 year old me was just kinda pissed that’s what they put out after their hiatus.

First concert attended?
The Rush ‘Snakes and Arrows’ tour in 2008. I just started playing drums around then so getting to see Neil Peart play was the coolest thing ever.

Last concert?
There was a couple bands but the one I went to see was called Jerry, At the Beach. Went solely because of the name.

Favorite concert ever?
July 3rd, 2021 we played in someone’s backyard while it was raining. First show since lockdown and it was awesome.

Least favorite concert?
Crown the Empire. It was kind of a letdown cause the one guy left the band and everyone who was playing looked like they were on mad drugs, but I’m not really sure if they were to be honest.

Favorite thoughts, experiences about Pittsburgh?
One behalf of our manager, Pittsburgh might be America’s best kept secret. Views of the water and the culture are what makes him happy there. We have yet to come to the city, but we’re definitely looking forward to playing shows there.

Thanks, Noah. Yeah, buddy… make a trip to Pittsburgh. Might want to wait until all this Covid mess is behind us. Who knows what will be happening until then?