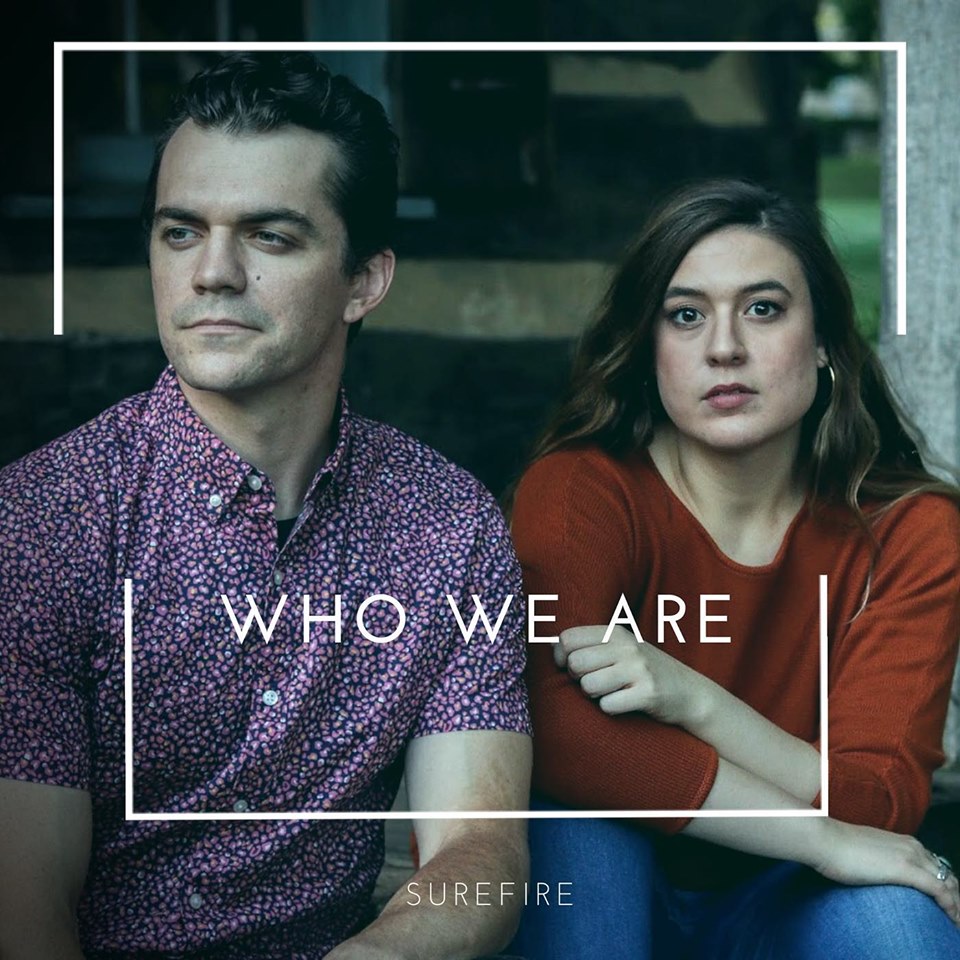 “Music can bring you closer to someone else, and when you’re family, it can strengthen an already unbreakable bond. Natalie Flango and Jason Duty formed Surefire as two musician/songwriters (and in-laws) getting together to merge passions and communicate stories via chords and lyrics.”

SUREFIRE is a pop duo from Pittsburgh who have and EP and several single releases under their belt. Their latest single entitled “Cars” was put forth to the world just last week and the band plans on celebrating that and all the music they released in 2019 with a special show on the Southside with blog friends Revival Choir next Thursday, October 10th. I want to thank half the band Jason Duty (Guitar/Vocals) for taking the time to participate in this edition of First/Last.

The first album you ever bought?
The first album I ever bought was Nirvana Unplugged, that is because I wasn’t allowed to buy Green Day Dookie because it was parental advisory… or else that would have been my first!

Your last album bought?
Just bought The Living Street new album It Won’t Last and it is awesome!

Favorite album of all time?
So I had a long ‘emo’ music phase, some might say I’m not even out of it yet. Fall Out Boy Take This to Your Grave is my favorite of all time. So good, start to finish, and probably has had the biggest impact/influence on my song writing.

Least favorite/most disappointing album?
I bought a Rage Against the Machine album as a kid based on their radio songs… and ended up only liking the radio songs. Probably wasn’t worth the $18 bucks and the challenge of getting the plastic wrap off the CD 🙂

First concert attended?
I saw Brand New, Taking Back Sunday and Rufio at Club Laga in Oakland in 2002. Sold out, place was packed and it was the coolest experience for a young 8th grade me. From then on, I wanted to play music on stage.

Last concert?
Went to Third Eye Blind and Jimmy Eat World. They both still got it! Awesome outdoor show (despite a little bit of rain)!

Favorite concert ever?
Ben Folds with the PSO. His musically abilities are beyond my comprehension. To see him interact with the symphony was incredible. Interesting mix of musical talent/genres blended really well together.

Least favorite concert?
I saw Something Corporate play with Pittsburgh’s Juliana Theory at Club Laga as well… the show was AWESOME, but I forgot to drink water at all, seemingly for weeks, and passed out (completely sober) during the Juliana Theory’s set. So, worst concert only because of the passing out.

Favorite thoughts, experiences about Pittsburgh?
Everything. I’m born, raised, educated in Pittsburgh. So as is typically for those from here, I’m all in on PITTSBURGH. I love, now trying to make our way into the local music scene, seeing how many talented artists there are. Truly a great pool of musical talent that I’m not sure I had an appreciation for before trying to get into it ourselves. It’s a special place 🙂

Thanks, Jason. I am in total agreement about your assessment of the music scene in Pittsburgh. There are countless talented musicians who are more than willing to support new bands and artists. It is so much fun to witness that as a fan.