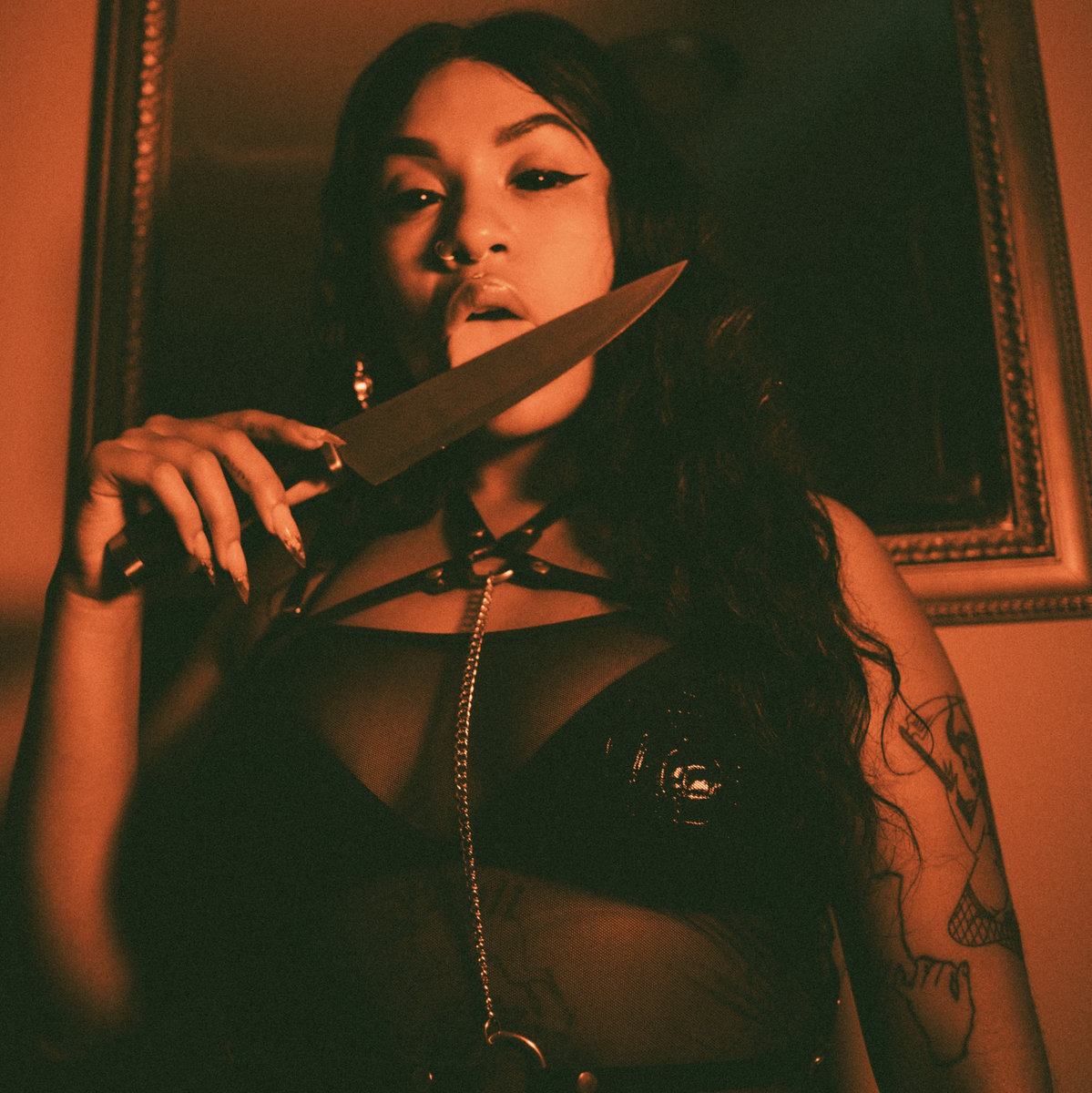 “Multidimensional succubus bitch here to entrance you with my banjo skills and phat booty.“

The Childlike Empress is a multidimensional artist from Pittsburgh who’s debut full-length album entitled Take Care of Yourself was released last fall. An honest document of lost love and healing, the album combines elements of acoustic folk and dream pop to create a quiet masterpiece that turned out to become my favorite local album from 2019. I want to thank them for taking the time to participate in this edition of First/Last.

The first album you ever bought?
Fall Out Boy’s From Under the Cork Tree. I remember getting some money from my grandparents in a card they sent me and demanding I be taken to FYE immediately to get the album. I had seen the video for “Sugar We’re Going Down” during one of my secret early morning MTV viewings (my parents didn’t like us watching the music channels when we were kids) and it was the first time I had a physical reaction to a song. I swear I started sweating and my heart was beating so fast. I honestly think that was the first time I had really fallen in love with anything. I hated the album the first time I listened to it honestly. I don’t think I was fully ready for that pop-emo life but it grew on me with each listen. It definitely changed my life. That album made me want to be a musician.

Your last album bought?
Björk’s Post. I bought it as a gift for my best friend who is equally obsessed with Björk. Last album I bought for myself was System of a Down’s Toxicity. These were both bought last year by the way lol!

Favorite album of all time?
Questions like this give me a panic attack! However, since I have to choose I’m gonna have to go with My Chemical Romance’s I Brought You My Bullets, You Brought Me Your Love. To this day I have to listen to it multiple times a week to feel sane. It’s timeless in my eyes.

Least favorite/most disappointing album?
I’m not sure what my least favorite album would be because there’s just so much music out there that just really does nothing for me. As far as most disappointing album, probably anything Fall Out Boy or Panic! At the Disco are putting out these days. I don’t even wanna say that publicly because there’s still a big part of me that aspires to be in a place we’re I can be friends and collaborate with both bands (it’s silly I know) but I just can’t get down with this weird anthem rock bullshit that a lot of early 2000s pop emo/pop rock bands are doing now. It feels cheap and commercial, which is heartbreaking especially since both bands used to have such beautiful lyrics and a sense of uniqueness to them. Don’t get me wrong, I love pop music. I’m not someone that hates something just because it’s catchy and gets radio play. I just can’t get into whatever it is both those bands are doing right now.

First concert attended?
I went to see Sufjan Stevens in Prospect Park with my best friend Natasha in my freshman year of high school.

Last concert?
Incubus’s “Make Yourself” 20 year anniversary at Heinz Hall. I’m a big Incubus fan and it was really amazing for me to be able to see that show, especially because I’m a late 90s baby, so I missed out on the prime time for most of the bands that heavily influence me.

Favorite concert ever?
That first Sufjan Stevens concert hands down. It was so good we literally found tickets on Craigslist for the same show the next night. The first night was so surreal because I was still getting into his music. I mainly went because Natasha loved him, but I was fully converted after seeing him live. He was touring with Age of Adz at that time, which is such a wild, spacey album that goes a lot of different places sound and theme wise. Everything about the theatrics of that show was hypnotizing. The stage lighting was so specific and impressive, there was a huge screen projecting animated versions of Royal Robertson’s art, there were dancers wearing metallic outfits and ribbon dancing, Sufjan had on this insane tinfoil, disco ball, neon costume on at one point, Annie Clark of St. Vincent was his backup singer… I could write a novel about it. It was pouring rain the entire time on the second night and everyone was ecstatic to be there dancing and singing for hours. Truly a magical and influential experience. I wish I could time travel just to experience it again.

Least favorite concert?
Seeing The XX in my sophomore year of high school. I loved their debut album so much, but I went to go see them on a school night and all I can really remember was being exhausted the whole time. It’s not really the type of music to keep you energized so it didn’t help. I remember being so over it that I was more annoyed than happy to be there. They sounded great, but it was not a good experience for me. I probably would have been happy if I could have just laid down on the floor and closed my eyes.

Favorite thoughts, experiences about Pittsburgh?
My favorite experience in Pittsburgh is the first show I went to out here, the first (or second?) 4th River Music Festival. I had just come to Pittsburgh to visit my friend Natasha that I mentioned earlier for her birthday and her plans for the day consisted of going to the festival, because most of her friends here were performing. I almost didn’t go because I didn’t know anyone and my social anxiety was through the roof, but I went met some of my current closest friends that day. Everyone was so beautiful, welcoming and talented. My friend Ricky Steece played a set and an insane thunderstorm started during this really intense part of one of his songs. To this day we joke about how he conjured a storm with his beautiful music. Everyone danced in the rain and the party went on til the wee hours of the morning. I think that day is ultimately what made me stay in Pittsburgh instead of going back to NYC the next week as I had planned. My relationship with a lot of those people is very different now, but I still have so much love for the collective and what it’s given to me. I was going through a lot when I came here. I was in a lot of spiritual, mental and physical pain, but being part of that day really felt like being pulled into the most loving embrace I’d ever felt in my life. That’s what made me fall in love with Pittsburgh. It’s also what led to me writing my album. It doesn’t matter how much everything has changed, I will always be so indebted to anyone who was there that day and shared their music and smiles with me.

Thanks, Tatiana. I am a little late you your party but I can’t tell you how much I enjoy this album. The album is a direct reflection of your pain towards eventual heal and I can viscerally feel that when listening. Looking forward to enjoying your work as an artist in the future.