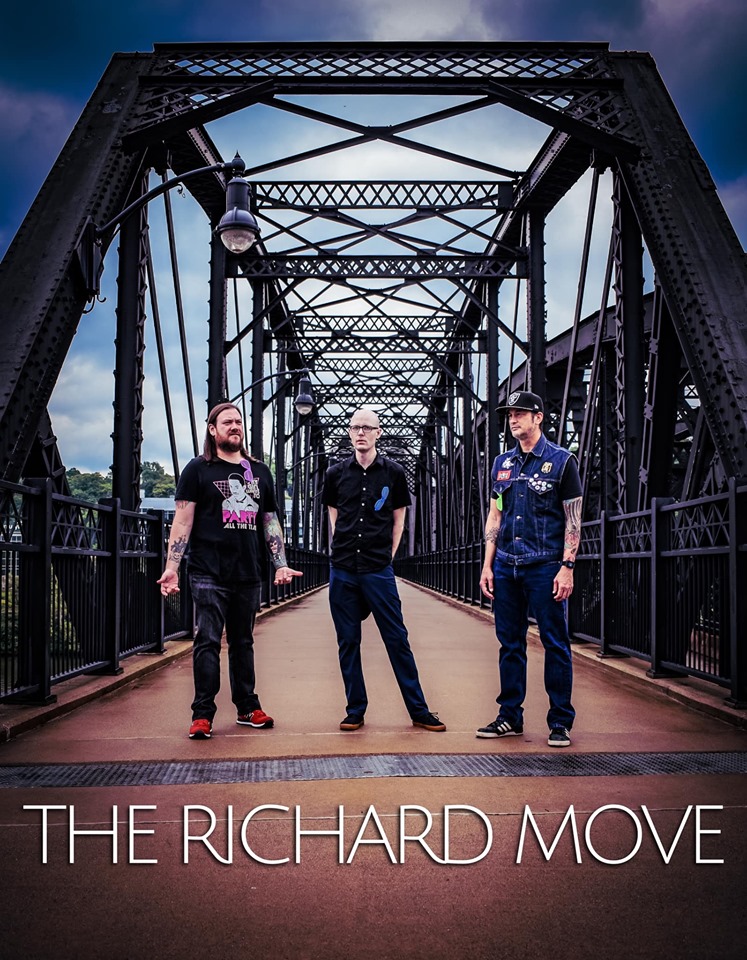 “C’mon guys…It’s punk rock. Maybe you need a refresher course.
Between the late 16th and the 18th centuries, punk was a common, coarse synonym for prostitute; The term eventually came to describe “a young male hustler, a hoodlum, or a ruffian”

The Richard Move is a brand spankin’ new punk band from Pittsburgh. They have one single and one show in the their history and are doing some cool things at their newly adopted home base of 222 Ormsby. I want to thank Paul Neil (Guitar/Vocals) for taking the time to participate in this edition of First/Last.

“Valley of the Damned” by The Richard Move

Your last album bought?
I have been buying older vinyl recently so most recent was probably Apocalypse by Mahavishnu Orchestra. For current, I bought the album by Hash Redactor when I recently saw them play at Government Center.

Favorite album of all time?
Marbles by Marillion.

Least favorite/most disappointing album?
I remember being really disappointed by Antenna by Cave In when I bought that CD when it was released in 2003. I recently listened to it and still don’t like it very much

Last concert?
Zero King at 222 Ormsby on 9 Aug. I played 2 shows since then, but that doesn’t really count.

Favorite thoughts, experiences about Pittsburgh?
I moved here from the Chicago area in early May. I have been in many bands and have played in Pitt many times over the past 12 years including my band from Germany (Doping the Void) and really fell in love with the city and the whole punk rock scene. I have never met a truly shitty person in Pittsburgh. My wife and I decided to move here so we looked around and ended up buying a place in South Side Flats! There are so many places to play and so many good bands that it is truly amazing. I run a very small label (katzulhu.com) and am partnering with 222 Ormsby to record a live show and release it on short run vinyl regularly. First show recorded was last Friday with Crooked Cobras!

Thanks, Paul. Really love what you are doing with your label and the live album recordings. You would think being in three bands was enough for you!