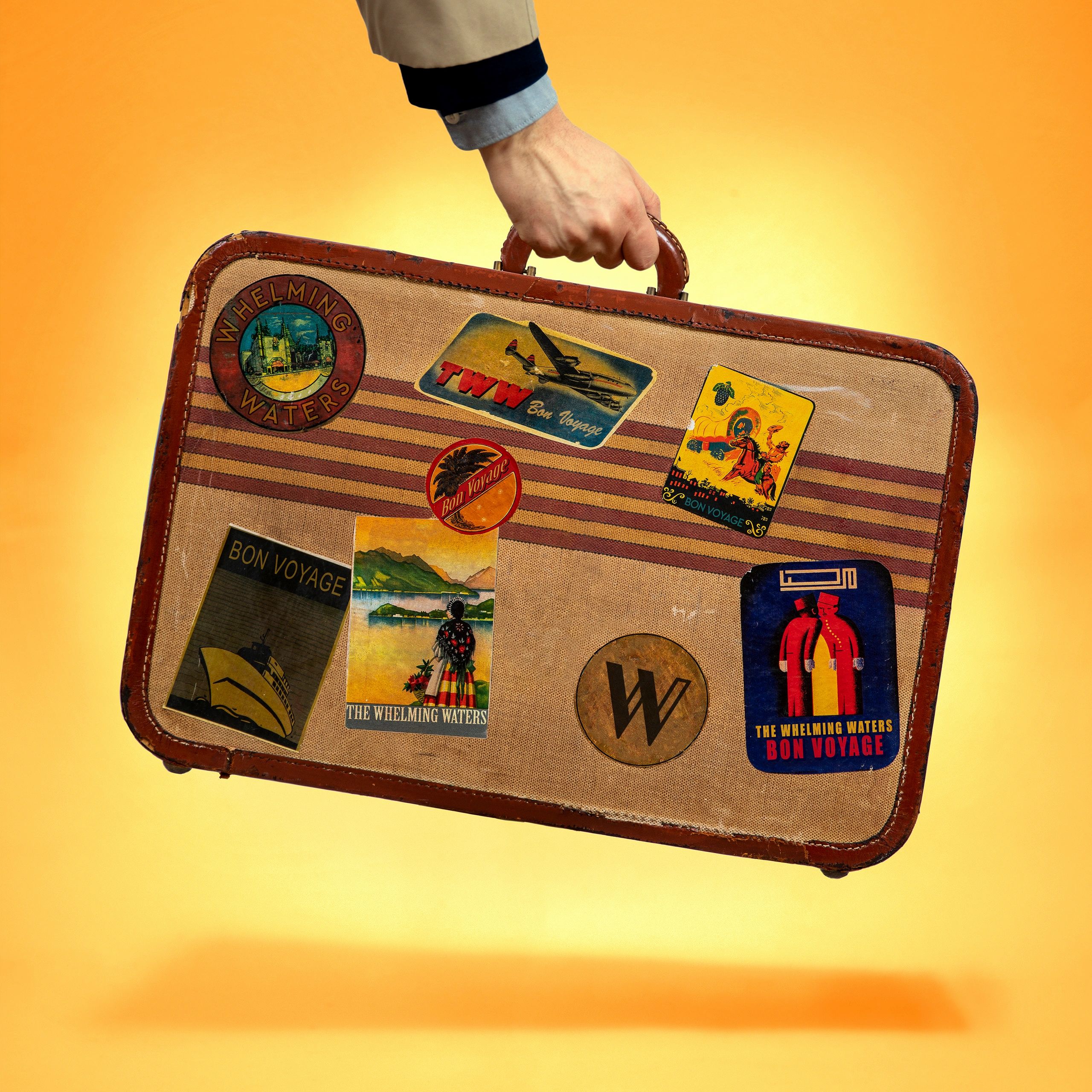 The Whelming Waters is Pittsburgh based folk rock band which formed in the winter of 2015. The band began when three high school friends John, Collin, and Nina, decided to start a folk trio consisting of mandolin, guitar, and violin. However, when the songwriting quickly started to expand, and with the introduction of two new members in the form of Collin’s older sister Kelcie and her husband, Jereme, the group suddenly became a rock band with a wide variety of musical styles and a “no rules” attitude when it comes to songwriting or genre restrictions. With the addition of more friends in the form of a second saxophone player, Andy, and Kristen on keys, the band’s sonic profile was established with music ranging from heartfelt country ballads to raucous horn-laden rock and roll romps. Their debut full-length release from June of this year entitled Bon Voyage, captures the expansive sound of the band while retaining the simplicity of their beginings. I want to thank Collin Joseph (Guitar/Lead Vocals) for taking the time to participate in this edition of First/Last.

The first album you ever bought?
I think the first album I actually went out and bought was an original vinyl of the soundtrack to The Song Remains the Same film by Led Zeppelin. I was young and had never bought vinyl, so of course I didn’t check it. I got home and realized that one of the two records was missing. I learned an important lesson about buying used vinyl that day.

Your last album bought?
A few months ago I played a show at the awesome The Government Center record store on the North Side and before the show I purchased a reissue of my favorite Bowie album The Rise and Fall of Ziggy Stardust and the Spiders from Mars.

Favorite album of all time?
It’s hard to say, but it would probably be …Like Clockwork by Queens of the Stone Age.

Least favorite/most disappointing album?
I’ve never been a big Taylor Swift fan, but I kept hearing that her new album Folklore was a departure from her normal style and pretty good, so I took a listen. I still didn’t find it particularly interesting. I have nothing against her or fans of her music, just can’t get into it for some reason.

Last concert?
We played a show on February 6, 2020 at Thunderbird Music Hall in Lawrenceville before the pandemic happened. Got to okay a gig with two great Pittsburgh bands, Standard Broadcast and Back Alley Sound. After our set we got to hang out and watch them play. Better times!

Favorite concert ever?
My favorite concert was seeing The Dead Weather at Prospect Park in Brooklyn around 2009 when they were on top of their game. Great show!

Least favorite concert?
I went to see “Umphrey’s McGee,” a jam fusion band, with a friend. To be honest I thought they were some sort of Irish folk band, but I was of course mistaken. I didn’t enjoy the music much. Again, nothing against them or their fans, just isn’t my thing.

Favorite thoughts, experiences about Pittsburgh?
It’s hard to pin down individual experiences because there are so many, but generally, it’s been really great to get to know other artists in the Pittsburgh music scene. It’s a great community and we’ve formed a lot of awesome relationships in just the past couple of years.

Thanks, Collin. I have been really excited to see your band grow and come into your own within the last couple years. I cannot wait until this is all over and actually see you PLAY LIVE!