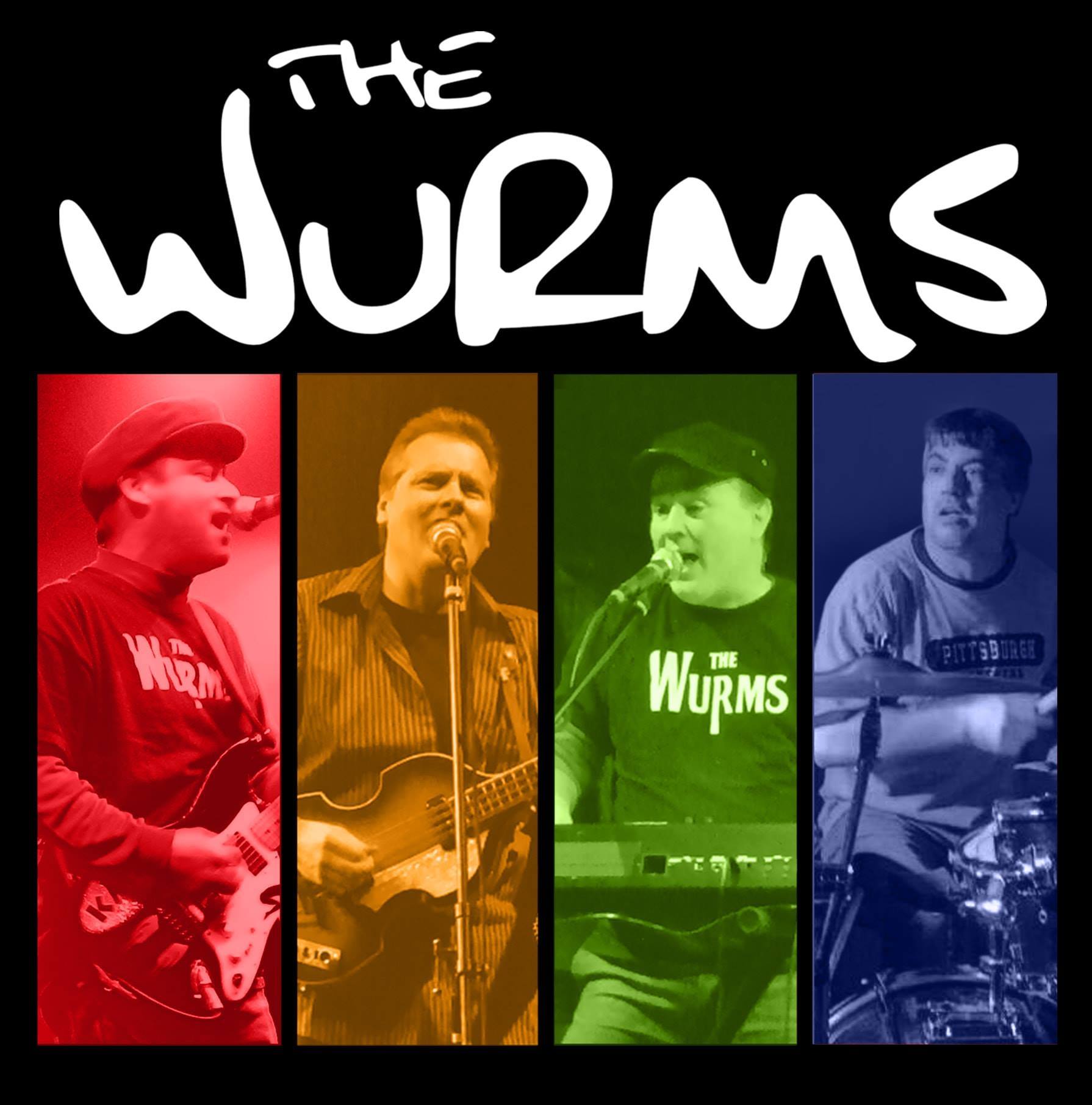 “It’s all about the music and having fun! Currently #1 on Reverbnation’s Local Pop Chart.“

The Wurms are brothers Jake and Mark Zucco, Joe Gordon and Jeff Ardolino. The Pittsburgh pop rock band have been playing and writing songs for decades. Their latest release is appropriately titled Diggin’ The Wurms. I want to thank Mark Zucco (Keys/Vocals) for taking the time to participate in this edition of First/Last.

The first album you ever bought?
Paul & Linda McCartney – RAM.

Your last album bought?
The Struts.

Favorite album of all time?
That’s a rough call… Any early power pop, like The Raspberries, or Jellyfish, Enuff Z’Nuff, 10CC, Loud Sugar, and of course any Beatles related music like Klaatu, Badfinger, and all Beatles solo work.

Least favorite concert?
Maybe Aerosmith at Star Lake? The sound was so bad when you held your ears you actually heard the horns in the PA breaking up! Even the next day in the paper they said, ‘Aerosmith members are clean now, but it sounds like the sound guy is getting all the drugs now! (or something like that)

Thanks, Mark. Your are officially old school. Anyone who can say they attended any of those multi-bill rock shows at Three Rivers in the seventies is automatically designated old school cool.