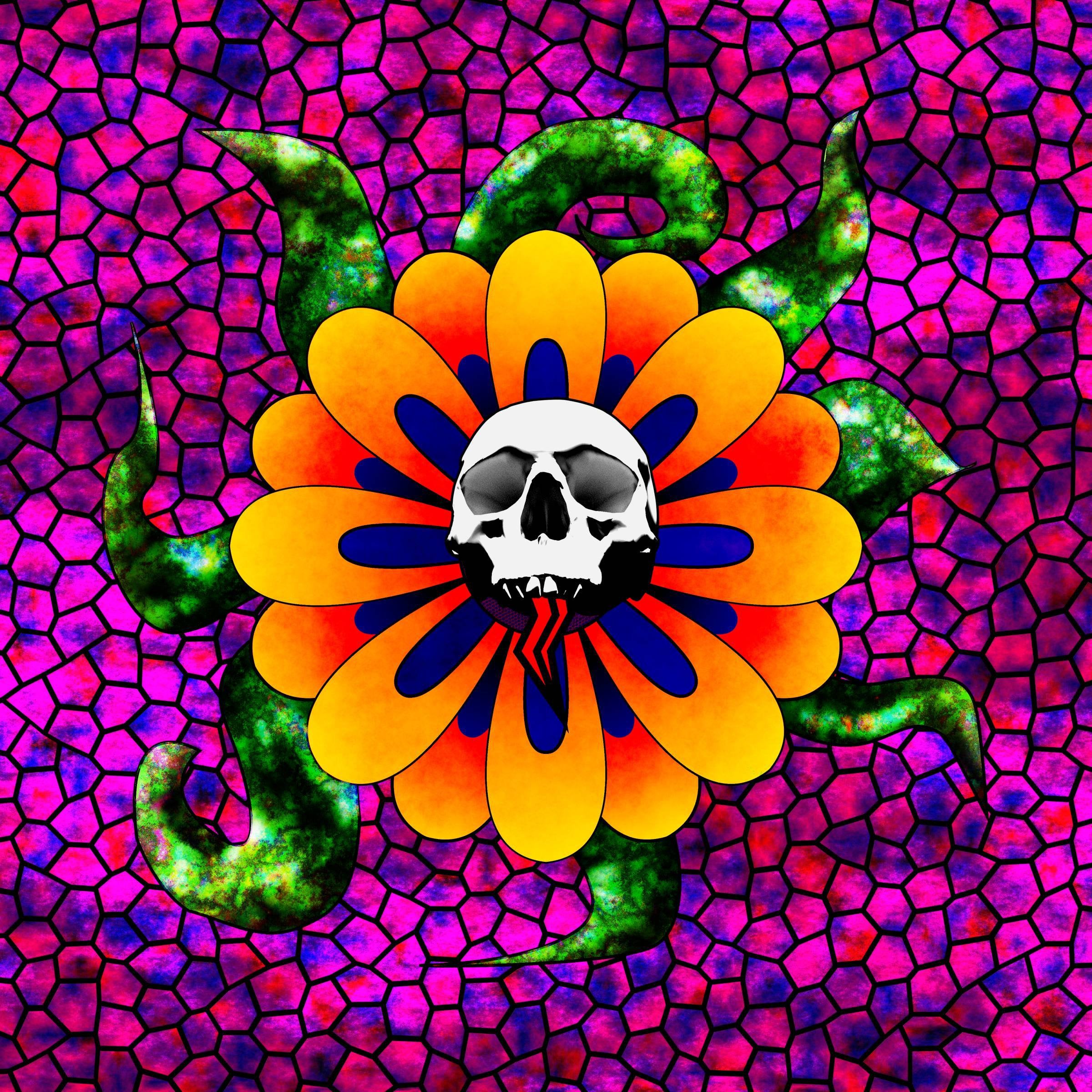 “When I’m God I only need myself“

Vincristine is a Pittsburgh one man band that is most easily labeled as stoner rock or sludge metal. The band attributes its uniquely seductive, aggressive, and ethereal blend of metal to risking innovation rather than walking the beaten path. From the bubbles of neo-psychedelia to the dirge and trance of drone and doom, Vincristine lays claim to culture across borders and tears down the dams between genres to let the rivers flow as one. The latest effort is the album Honor from last month. I want to thank Mr. Nicholas Alexander Ranayhossaini (Guitars/Bass/Drums/Vocals) for taking the time to participate in this edition of First/Last.

The first album you ever bought?
One Day as a Lion – One Day as a Lion. As a big fan of politically progressive music, this release from Rage Against the Machine frontman Zack de la Rocha helped me fill the void where no more RATM existed. It happens to also be one of Zack’s most experimental efforts — “Ocean View” features him singing in ways that I would never expect. Combined with the prog drumming of former Mars Volta drummer Jon Theodore, it is a hidden gem.

Your last album bought?
Baroness – The Red Album. Funnily enough, I didn’t like Baroness when I first listened to them (but that happens with most bands I love) which was a approximately when Purple came out, and then I gave them another whirl in 2018 with a different album. The way the first three tracks — “Rays on Pinion,” “The Birthing,” and “Isak” — were so impactful and still all flowed together captivated me, and in an era of streaming it ended up being the first physical CD I’ve bought for myself in maybe 6 years.

Favorite album of all time?
Soundgarden – Superunknown. This album will always have a special place in my heart for being very psychedelic and dark at the same time. The often overlooked “Half” is a song that easily makes it into my hazy “top 10 songs of all time” list — I very much consider it a spiritual successor to “Tomorrow Never Knows” by The Beatles. It is very hard to select a single song as a favorite though — I can go through each one listing reasons why they’ve been my favorites at one point or another. Other contenders for favorite from the album include “Mailman” and “4th of July” — the vindictive lyrics and sludginess of the former makes it a total power trip, while the latter is pure psychedelic doom metal at its finest.

Least favorite/most disappointing album?
A Walk with Love and Death – Melvins. I try not to be too critical of music anymore, and this answer is in large part me trying to think of an answer. I was fairly underwhelmed by this album, which is particularly disappointing for me as it is their first full release with Steve Macdonald, and the prior release Steve *partially* contributed to has some really great tunes. There is definitely material worth revisiting, but a lot of it is forgettable. That said, as I said in my own review when I was doing a music blog (which I hope to revive soon) above all else I respect Melvins’ propensity to do whatever pleases them, even if it doesn’t please me.

First concert attended?
Entirely by my own volition and money? Tame Impala in 2015. It was not long before Currents came out, so they were peppering in singles from Currents while still performing a lot of material from Innerspeaker and Lonerism — Lonerism is one of my favorite albums. As an indoor show, it benefited from feeling really intimate and packed in tightly despite Tame Impala becoming increasingly popular. One of my favorite memories.

Last concert?
By my own volition and money? Wave Trails in 2019. Absolutely love these guys — some of the best acid rock I’ve ever heard. I’ve crashed on their couches too many times to count. Very small local show. More concerty-concert? Tool, PPG Paints Arena, 2019. I actually almost missed this concert because with Tool’s fame, a lot of tickets had been scalped and the prices were ridiculous. My attendance actually ended up being a surprise from my mom. Tool is a big influence on my own music and has helped me through a lot of emotional wrangles.

Favorite concert ever?
Melvins, 2017 at Rex Theater. I was very anxious about the whole thing — I knew *I* would like it, but Melvins tend to be a band that you either love or hate, so I was worried I’d dragged my friends into a concert they were going to be disappointed in. We all left more or less blown away; after playing a fantastic rendition of “The Bit”, Melvins closed the show with a sequence of some of their heaviest material — “AMAZON” into “Hung Bunny” and “Roman Dog Bird,” the final two being extreme expressions of drone metal and drone-doom. When they suddenly stopped the show at the end of “Roman Dog Bird” everyone was jolted back into reality with awe — we’d all entered the signature trance state of drone music without realizing it.

Least favorite concert?
…oddly also Melvins, but the next year in 2018 at Rex Theater. I think that one was largely a mixing issue though; Melvins were playing with a two-bassist lineup that year and I think it took a lot of the punch out of their sound because it was too muddy. A strong contender is Catfish and the Bottlemen in 2019, but I’m not sure if that’s a fair answer as I was really only there to spend time with a friend.

Favorite thoughts, experiences about Pittsburgh?
Its roads are some of the worst driving experience, but that’s part of what gives the whole place its charm. Its chaotic and messy, but without that mess you’d never have those beautiful vistas from Mt. Washington. It somehow manages to feel so isolated from the world around it because its nestled in the rivers cutting through mountains. When I think of nostalgic city feelings, I think of the yellow streetlights I walk under with friends after a local show in this odd isolation chamber of arts and culture.

Thanks, Nicholas. Tell me more about this music blog and how you are going to bring it back soon? I always implore people who produce blogs in town to keep it up. I have always felt we can always use more voices exposing and introducing readers to music in town.