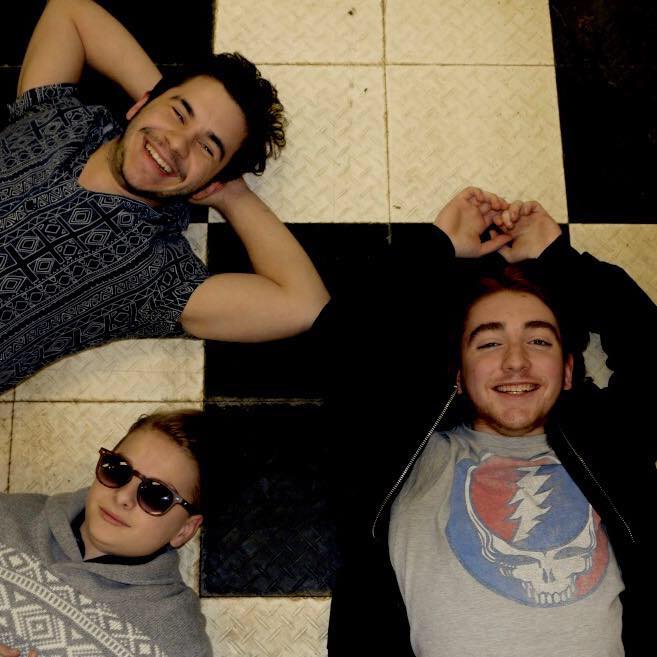 “Wild Blue Yonder is a young and talented band born out of Woodland Hills High School in Pittsburgh PA.  A multi-talented group of guys, the band fuses jazz, folk rock, funk, and indie to create a unique style in a new age of music. Combined with their thoughtful and meaningful lyrics, it makes for a sound you have not heard. “

Wild Blue Yonder is an up and coming young trio from Pittsburgh who are finalizing their debut for a Summer release. They recently made news (literally) with the release of their song “Angels Prevail” which was written in response to losing classmates to gun violence. It is amazing to see a positive and creative response to such horrible events and reinforces that old adage… the kids are alright. I want to thank Eli Alfieri (Guitar/Vocals) for taking the time to participate in this edition of First/Last.

The first album you ever bought?
Neil Young, Harvest.

Least favorite/most disappointing album?
I don’t have one but I think that The Wall is overrated.

Favorite concert ever?
Jack White at X Fest in 2018.

Favorite thoughts, experiences about Pittsburgh?
I think that Pittsburgh is one of the most friendly  and unique cities in America. It is currently home to one of the early post industrial generations where today Pittsburgh youth don’t have parents that were steel workers or factory workers and I think this is leading to a whole new enlightenment of culture in our city. This new wave of culture mixed with our loved traditions create a town that isn’t in the past or the future but simply thriving in the present. A lot of bands blame failure on the city’s scene but Wild Blue Yonder thinks that we are in the perfect place at the perfect time. We love our city.

Thanks, Eli. Amazing perspective you have on the local music community and congratulations on the song but I have to know, what did you do to get booted of out of the Weezer show?