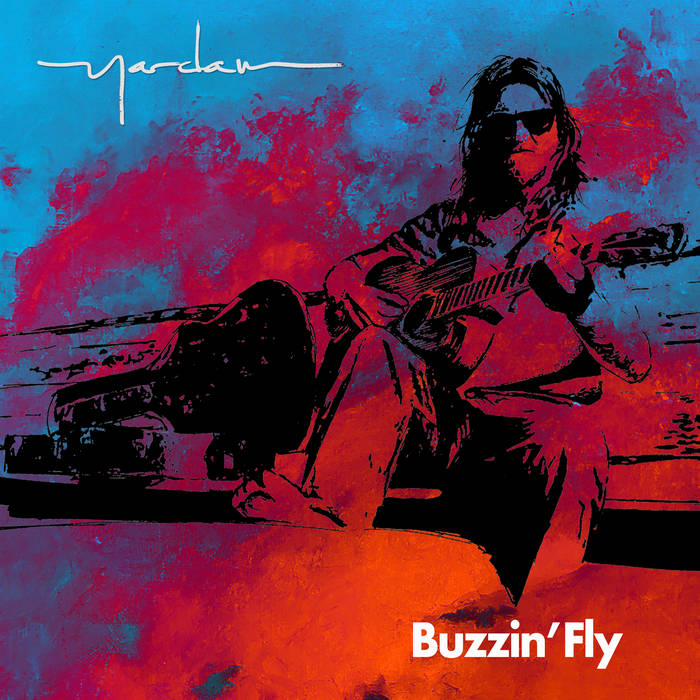 Yardan is an artist native to coastal Connecticut, a creator of sonic and visual experiences both in and out of the studio. In 2019, Steve Yardan joined forces with a cast of all-star musicians to commence work on his first track of what would develop into a dynamic sonic impression of Tim Buckley’s American folk tune “Buzzin’ Fly”. This infectious, powerhouse version is a contemporary, jam-fired re-imagining of a semi-obscure cut from the 1969 album Happy Sad. This collaboration manifests into vocal and instrumental harmonies that continue to build throughout the performance. Check out the stream below as I thank Yardan (Lead & Rhythm Guitar/Vocals) for taking the time to participate in this edition of First/Last.

The first album you ever bought?
Van Halen 1984. My mom brought it home on cassette tape. I pressed play on my little tape recorder and the rest is history!

Your last album bought?
Erika Wennerstrom – Sweet Unknown. She a great songwriter and the fidelity on vinyl is outstanding.

Favorite album of all time?
Exile on Main St. – The Rolling Stones. I know it’s well over-played but it’s one of the few that I do own it on cassette, wax and CD so, there’s no hiding it I guess.

Least favorite/most disappointing album?
There likely a pop album from the early 80’s that never should have made it out of the gate but who am I to say? Is David Hasselhoff still huge in Germany?

First concert attended?
Aerosmith with Andrew Hendryx (mandolinist). His mom rented a van and a handful of us middleschoolers rolled up to quite a scene. Boys became men that day.

Favorite concert ever?
Yikes! I’ve seen some historic performances but one that sticks out is Roger Waters with Lucius at the Newport Folk Festival a few years back. A sun shower came down in the middle of the set. It was surreal. Also, Marlon Williams at Newport. He was like a young Elvis Presley.

Least favorite concert?
I’ve been to some reggae shows where the band walks in at 11:45 pm, plays 3 tunes and bails. I could name multiple reggae bands that have done this.

Favorite thoughts, experiences about Pittsburgh?
Loved my time in Pittsburgh. December 2019. We recorded some vocal parts for “Buzzin’ Fly” and all the post production was performed in the area. On time, I ended up at the Elks Club on banjo night for happy hour then rolled over to bluegrass night at the Park House and sat in with the boys. What a blast! Both places were bumpin’ that night. I also made it to Penguins playoff game once. I feel like scored a solid slice of Pitt a few times.

Thanks, Steve. Sounds like you did have a quintessential Pittsburgh experience. I didn’t hear any mention of the obligatory visit to Primate’s Bros., which in my opinion is a good thing you subject yourself to that.