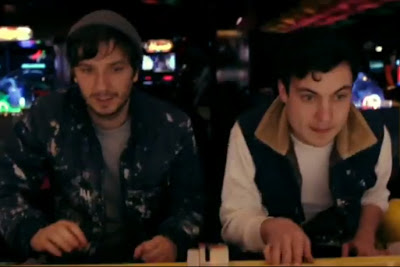 If you read and believe the hype surrounding these guys, they are the new band to put Pittsburgh music on the map. Whether or not that is the case is to be determined but they do have some cool pedigree to back up that claim. They have been picked up by Frenchkiss, have toured to support some name-worthy acts recently and let’s not forget the whole The Takeover UK history. Their debut CD release gig is tonight and I am told if you want to shine, get there early as this will be a crazy sell out. With all that is seemingly blowing up around them, it was really nice of Nic and Josh to participate in this ‘Awesome Shop Debut CD Release Edition’ of First/Last Fridays.