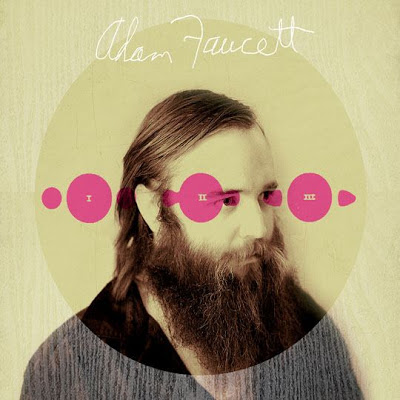 “Drawing comparisons from Townes Van Zandt to Tim Buckley to Otis Redding, Arkansas born and bred Adam Faucett is most known for his powerful, almost operatic voice and intricate finger-picking. The Arkansas native’s sound has been described by The Arkansas Times as “somewhere between Otis Redding’s soul shout and Cat Power’s swampy poeticism”.

Check out Adam at his official Website, Facebook, Twitter and YouTube. I first discovered him and his wonderful music through the fantastic and ongoing Paste 50 States Project. Pittsburgh’s own Donora and New Shouts have been a part of the series and if you are even a casual reader of the blog you know how essential both bands are to me. I will be featuring some of my favorite band discoveries from the feature this week and happily begin today with Adam. Hailing from Arkansas, (this week is all about the ‘A’ states) Adam’s latest release is “More Like a Temple” from 2011 but I am told he is currently working on mastering and artwork on his next album which should be out within the next few months. I want to thank Adam for taking the time to participate in this edition of First/Last.