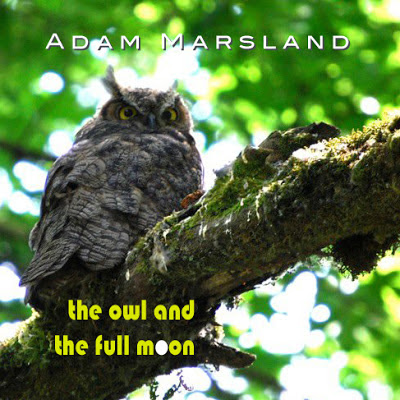 “The Owl and the Full Moon, the latest from Los Angeles, California-based singer/songwriter/musician/producer Adam Marsland uplifts – but only after several harrowing detours into the depression Marsland intermittently suffered from since 2005. “It started with this illness that never got diagnosed properly and never quite cleared up, though it got a lot better,” Marsland said. “It made me sluggish and sometimes it was hard to hear, and it really messed with my social life. I did get better but then every time I tried to make it back out into the world, something seemed to knock me back into my hole. I still did good work, but in terms of my life, somewhere along the line, I lost my confidence and ability to move forward.” The Owl and the Full Moon is his first album in three-and-a-half years, and first since he abandoned his fifteen year career as a singer/songwriter in favor of behind-the-scenes production and sideman work.”

Check out Adam at his official Website, Facebook, ReverbNation and MySpace. If you are in the Strip District tomorrow hanging out waiting for the Deutschtown Music Fest to begin, stop by The Leaf and Bean around noon to catch Adam perform songs from his latest album, “The Owl and the Full Moon“. Big ups to him for taking a few minutes to participate in this edition of First/Last.