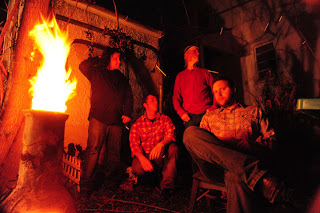 Red Sammy are a band from Baltimore that describe their music as ‘Graveyard Country Rock‘. They are releasing a new album called “Cheaper Kind of Love Song” on June 12th. On the 8th they will be stopping in Pittsburgh to showcase the new songs. Adam Trice is the lead singer/songwriter in the band and he was nice enough to take some time to participate in this edition of First/Last Friday.

Thanks Adam. I totally grew up with the ‘Jesus Christ Superstar’ Broadway album and listen to it regularly to this day. Playing ‘Heaven On Their Minds’ on acoustic is kind of awesome. Have a blast at The Moose!