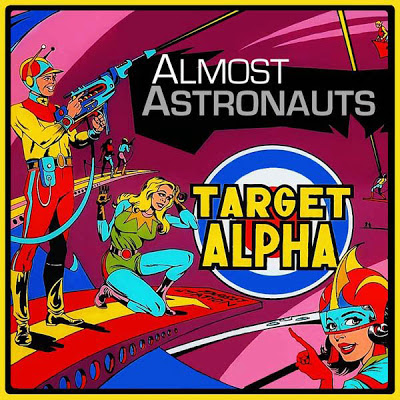 “……..Long, long ago, in a galaxy far, far away (Pittsburgh PA, 2007)…….. David ..(The Maneuver).. Peters was searching the depths of the music world for a singer/songwriter to help create the exact indie/alternative sound that defined the essence of his influences. As luck and karma would have it, Jeremy Gray had recently moved to Pittsburgh after spending 10 years in New York City recording and touring with the alt/rock band ..Kilgore Trout… At the time of his arrival on planet Pittsburgh, Jeremy was writing and recording music for film and Showtime’s ..Brotherhood.. series. Dave found Jeremy’s desperate call for rescue from studio isolation on the www, and after a few cold beers at Rockefeller’s, they became fast friends and musical symbionts. They immediately began to push each other in new directions and the toil in “The Capsule” (McKees Rocks studio) started to pay dividends. The basic sound of AA was defined and the material began to crave some low end to round it out. Coincidentally, Jeremy moved into a house 100 yards away from his original guitar teacher and best friend Craig ..(Low End).. Morrison. With little to no convincing, Craig started frequenting The Capsule. Eventually drummer Chris Gibbs, a former member of ..Kilgore Trout.., was brought in to fill out the lineup and began his seamless assimilation into the crew. We welcome you to come along on this musical journey that the four members of Almost Astronauts have just begun… to infinity and beyond, of course.”

Check out the band on ReverbNation, Facebook, MySpace and Zazzle. They are headlining the early show tomorrow night at Club Cafe and want to thank Jeremy Gray (Vocals/Guitar) and Dave Peters (Piano/Keys) for taking a few moments to aprticipate in this edition of First/Last.

Thanks, guys. I totally agree with you on Vampire Weekend, Jeremy. I just don’t get what all the fuss is about about them. To me, they are unlistenable.