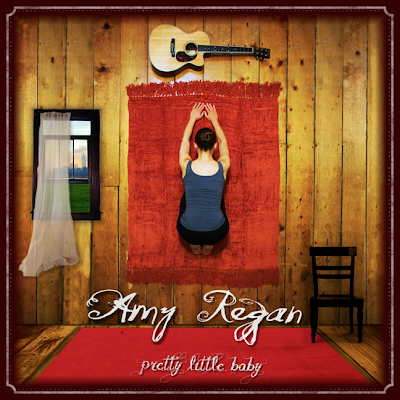 “Recently named one of Music Connection’s Hot 100 Unsigned Artists, Amy Regan is quickly becoming one of New York’s most talked about rising talents. She plays consistently to packed rooms at NYC singer/songwriter hotspots including Rockwood Music Hall and The Living Room and has received rave reviews from Alyssa Rashbaum (MTV, SPIN, VIBE), Music Connection Magazine, and numerous blogs. Most recently, Regan and her song “Carry On” (from her debut EP “And then there is this”) have been featured in a national Hertz commercial, and she’s released two brand new singles, “Gonna Get Better” and “Keep You Warm”. Regan is often compared to artists such as Fiona Apple, Joni Mitchell, and Laura Nyro; her music fuses lyrical integrity with a pop sensibility, creating a sound that is instantly accessible but will ultimately resonate with the listener on a deeper level.”

Check out Amy at her official Website, Facebook, Twitter and YouTube. Amy is currently touring behind her latest effort, “Pretty Little Baby“, and stops in Pittsburgh this Saturday at BYS Yoga (Hi, Peg!) for a special performance. My thanks to Amy for taking a few minutes to participate in this edition of First/Last.