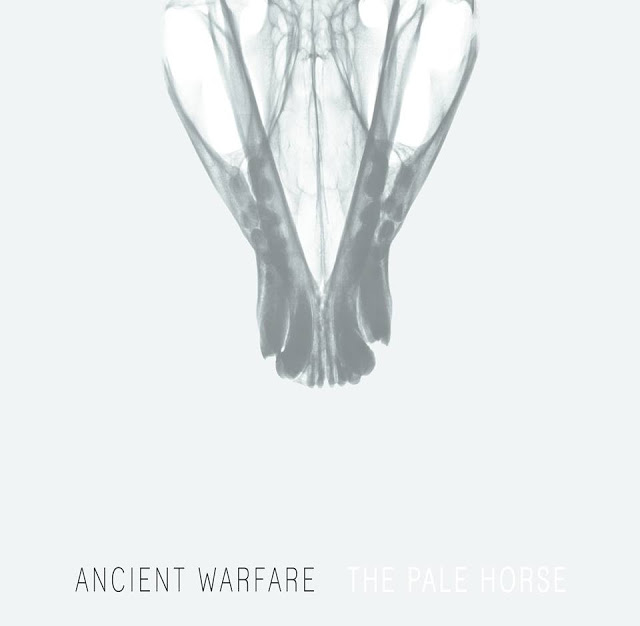 “Ancient Warfare were once the girls who smoked behind the high school gym. They were from distant shores; they spoke in code. They borrowed your brother’s Velvets records and talked about bands you wanted to know. They weren’t going to stay too long. They buried themselves in drones of words and found guitars, mapping an intimate apocalypse along the way.”

Ancient Warfare is a southern goth / drone rock band from Lexington, KY who recently released their album “The Pale Horse” via Alias Records. They are touring behind the record and make a stop in Pittsburgh tonight (8/13) at City Grows in Lawrenceville. I want to thank Echo Wilcox (Guitar/Lead Vocals) for taking the time to participate in this edition of First/Last.

The very first album I ever bought was “Everything” by The Bangle’s.

“Do to the Beast” by Afghan Whigs.

Sheesh, I’m not confident in calling this my all-time fave, but I pretty much destroyed my “I’m with Stupid” record by Aimee Mann, really never tire of this one. Also, will always love Neil Young’s, “Harvest”.

I’m sure there’s worst ones out there, but first one to come to mind is David Hasselhoff’s, “Night Rider”. Yup, pretty bad.

Elvis Costello and the Attractions at the Universal Amphitheater.

Nick Cave and The Bad Seeds – Push the Sky Away Tour at The Palace in Louisville.

By far the best show I’ve seen was Nick Cave and the Seeds. He is beyond captivating. At one point during the set he walked across the first three rows of the audience and ended up standing directly over top of Emily and myself while singing the rest of “Higgs Boson Blues”. It was something else.

Hmm… Well Derek recalls seeing us play a pretty awful show before he joined the band. It was the last show of our tour and basically my gear had decided to complete stop working. We could barely get through our set.

Pittsburgh has always been on our list of cities to play. This will be our first time both personally and as a band. This is definitely one we are looking forward to. We’re also stoked to be on the air at WRCT before playing at City Grows. Our violinist is also a florist and gardener by day and is especially curious and excited about seeing the venue. Not to mention I love any city surrounded by water and bridges!

Thanks, Echo. That venue is rather new but seems perfect for you. Hope you enjoy your time here.