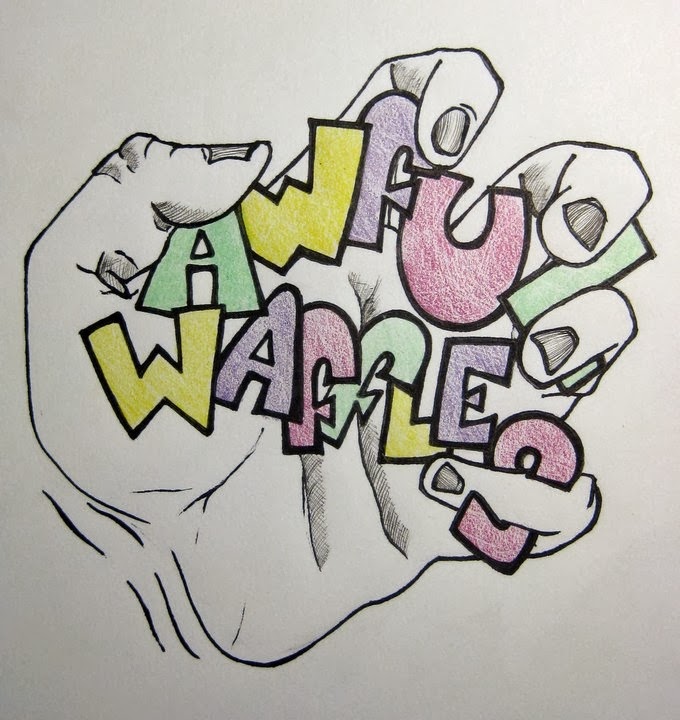 “The Awful Waffles are a four-piece pop rock outfit that has been playing locally since late 2010. They have created meaningful, funny, and nerdy songs full of pop culture references. Their songs are fueled by maple syrup, feminism, wizards, and Star Wars. Our influences include X, Bratmobile, Pat Benatar, Prince, Van Halen, and Wanda Jackson. Mary Beth sings and plays bass, Jon wails on guitar, Michael bangs the drums, and Meredith is our newest member on keys, We released our first album “Eats Breakfast Everyday” on June 9, 2012 and are currently composing for our EP, tentatively titled “Breakfast for Dinner.” Our album can be listened to or purchased on BandCamp.”

You can check out the Pittsburgh band on Facebook, MySpace, BandCamp, Twitter and ReverbNation. My thanks to Mary Beth (Vocals/Bass), Jon Malenock (Guitar), Meredith Nicol (Keys) and Michael Rung (Drums) for taking the time to participate in this edition of First/Last.