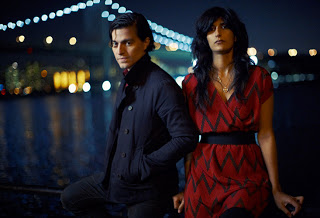 The Big Sleep are a rock duo from Brooklyn who’s latest album ‘Nature Experiments‘ was released on Frenchkiss Records earlier this year. They are touring behind it this Spring, playing shows with Fang Island and stop in Pittsburgh tomorrow night at Brillobox. My boy has two tickets to give away here. Sonya and Danny were nice enough to take some time to participate in this edition of First/Last.

Thanks to both of you. It always amazes me how many musician’s first show was The Beach Boys, usually for free and usually before some sort of ballgame!