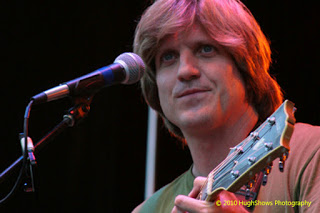 “The show where the audience picks the songs! Put your name on the “request” form and throw it into the guitar case up on stage when you enter the club. The set list is up to YOU – and a surprise to Bill! Bill Deasy is the former lead singer/songwriter of the Gathering Field, whose regional hit “Lost in America” led to a deal with Atlantic Records. Performing Songwriter Magazine says: “He calls to mind Paul Westerberg and many of the finest rock songwriters who mix poetry and drunken bluster, yet somehow sound macho and sensitive at the same time”.

Bill is a Pittsburgh musical legend in my opinion and he returns to tomorrow night’s early Club Cafe show with his popular request gig. My sincere thanks to him for taking the time to participate in this edition of First/Last.

Thanks, Bill. It amazes me how long you have been a part of the Pittsburgh music scene. I think the first time I saw you play was with The Gathering Field at Mad Mex in the North Hills? Too cool. And Elvis? Really? Unbelievable!