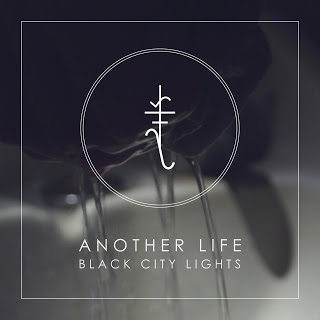 “Black City Lights are Calum Robb and Julia Catherine Parr—a producer and vocalist duo from Wellington, New Zealand, who are quickly emerging as one of New Zealand’s most talented young bands. Since releasing their debut EP Parallels on Stars & Letters Records in March ’12, they’ve already been awarded two highly sought-after government grants from NZ on Air, produced a stunning video for their song “Parallels” with The Masses production team (i.e Beach House, Passion Pit, and Bon Iver), and have opened for international touring bands like Grimes, Baths and Van She.”

Check out the band at Facebook, BandCamp, SoundCloud ,YouTube and Twitter. The New Zealand band release their debut album, “Another Life” via Stars and Letters Records today and will be touring the US this upcoming October. If you are a fan Zola Jesus, Beach House, The xx or Cocteau Twins then check this duo out. I want to thank Calum Robb (Production) and Julia Catherine Parr (Vocals) for taking a few minutes to participate in this edition of First/Last.

Thanks, guys. I love your limited knowledge of Pittsburgh. I have to say, it’s more than what I know of NZ, that’s for sure.