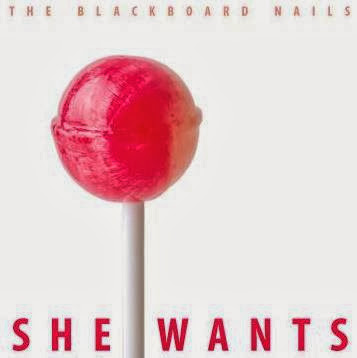 “On the strength of their sound alone — a sound powered by Stones grooves, Jet rock hooks and harmonies all their own — The Blackboard Nails have toured the United Kingdom twice, including a stint at Liverpool’s renowned Sound City Festival, and they’ve recorded with producer Kato Khandwala (The Pretty Reckless, Paramore, Blondie). That session yielded the band’s first single, “Slow Down,” a midtempo romp whose first line says it all: “You need another man in your bed/like a hole in the head/so we always end up on the floor.” The attention is high. The reviews are raving. The fans are multiplying. The Blackboard Nails are here.”

Check out the band at their official Website, Facebook, ReverbNation, Tumblr, MySpace and Twitter. Extending my ongoing coverage of the Paste 50 States Project, we head back to Massachusetts with The Blackboard Nails. My thanks to Eric Deneen (Guitar/Vocals) for taking a few minutes to participate in this edition of First/Last.

Thanks, Eric. It’s funny how people have obsessed over that “SMiLE” album over all these years. Have to agree, the ‘Brian Wilson version’ was a bit of a letdown.