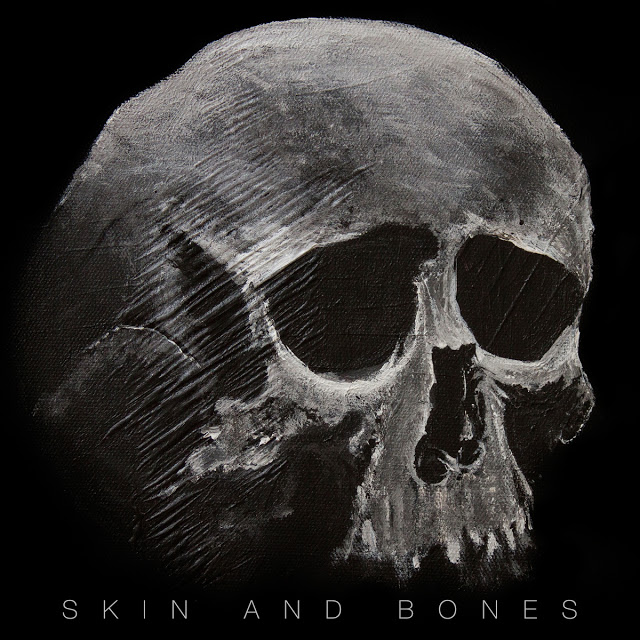 “When a wild long-haired punk meets a quiet songstress with an acoustic guitar, they usually turn the other way. Bloody Diamonds are the exception. With heavy riffs and wailing, powerful vocals, Toronto’s goth-tinged dark rock band Bloody Diamonds are a four-piece rock n’ roll monster. Fronted by vocalist Sara Elizabeth and guitarist Jake Seaward the two bring together the gloom of early Black Sabbath and the modern feel of Band of Skulls, delivering a hard-hitting rock show with intensely dynamic vocals. One minute Elizabeth is soft and sweet, the next she’s foaming at the mouth, unleashing a menacing, gritty howl. Her soulful, haunting voice and unhinged stage presence has been compared to singers such as Janis Joplin, Patti Smith, and Alison Mosshart.”

Bloody Diamonds is a bluesy goth rock band from Toronto who begin their summer tour in Pittsburgh on Friday (7/10) at the Smiling Moose for the late show with locals Daily Grind opening. Check out the band’s latest single “Skin and Bones” as I thank lead singer Sara Elizabeth (Keys) for taking the time to participate in this edition of First/Last.

“Big Shiny Tunes”. Not sure which volume. It had all the jams, ha-ha.

Tough question, too many options. Of all time is so finite. Something involving

Don’t want to speak ill about anyone but I was pretty disappointed in the new Nico Vega record.

That is kind of a blurry area… first major concert was The Rolling Stones though.

We’re going to see a band called Public Animal tonight. They are the dopest rock band in Toronto right now.

We saw Jack White for the first time last year and it was mind blowing. We’ve looked up to him for so many years and his performance was flawless. His backing band was insane, and his voice and guitar sounded exactly like his records. It was perfect. Very surreal when he started playing ‘Seven Nation Army’, very cool experience.

Thanks, Sarah. As great as Dylan is, I agree that I gave up on him live many, many years ago.