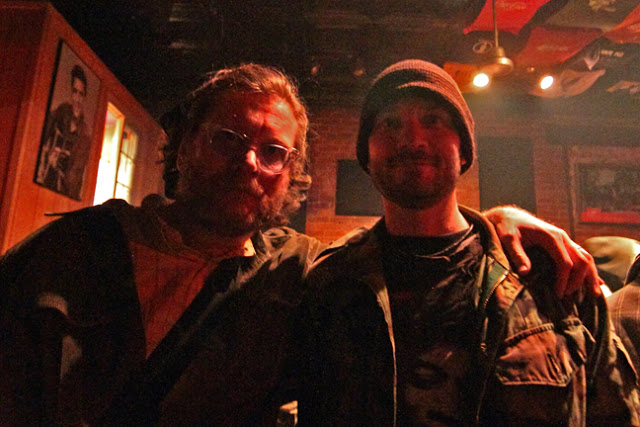 I have been doing this blog for nearly five years now and there have been many times when people come up to me at shows and recognize me and actually acknowledge what I do for the Pittsburgh music community. It has always been such a great experience for me as everyone has always been too cool. The majority are musicians but occasionally I will get the average fan who will make a point to introduce themselves and believe me, I sincerely appreciate it. Carl was the very first person to do so back at the MOIP/GNS gig outside the Warhol (I think? Or was it at Station Square? Carl would probably know better exactly which show it was). Regardless of the date, I have never forgotten how nice it was for me for him to do that and since that first meeting, we have seen each other many, many times at concerts all over the city. In honor of what that meant to me, I asked Carl to participate in this edition of First/Last, not because he bought me a beer at the Harlan’s show he mentions, but because he is a super sweet dude and a friend of mine.

Thanks, Carl. Pittsburgh deserves more music fans like you, buddy! See you soon, I’m sure.