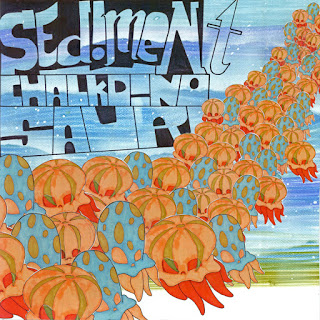 “My name is John O’Hallaron. Chalk Dinosaur is the artist name I use to release my music. I began writing and recording songs during the summer of 2007. I am influenced by long and evolving songs, powerful drum and bass, huge cosmic sounding music, surf rock and other strong-vibed coastal music. My two most recent albums, “Follow Me” (2011) and “Sediment” (2012), are my proudest achievements.”

You can check out Pittsburgh’s own Chalk Dinosaur on BandCamp, Facebook, MySpace and the massive John O’Hallaron Archives. My thanks to John for taking a few minutes to participate in this edition of First/Last.