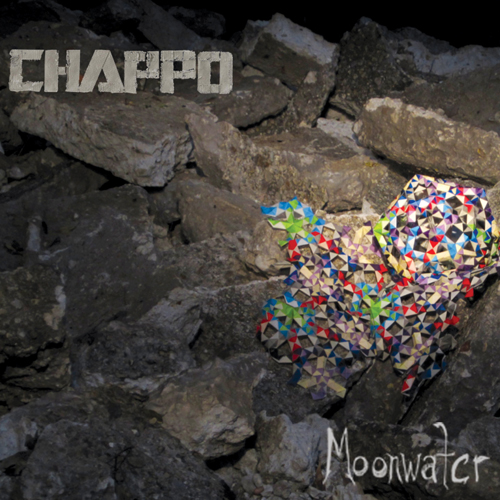 “CHAPPO plays an electric blend of psychedelic pop that carries a natural warmth and carefree youthful reminiscence. Their nostalgic sounds tend to transport you to a parallel universe, much like the theme from many of their songs. The four-member band (Alex Chappo, Zac Colwell, Dave Feddock, and Chris Olson) functions somewhat like their own artist collective. Living in the same neighborhood in Brooklyn, three of them in the same house they’ve used as a recording studio, they’re playing music with the common goal, “we want our music to release the moon shaman within, for ourselves and the listener,” says Chris (keys, vox). On stage for their live shows, the levels raise, the band appear in feathered headdresses (designed by Rawan Rihani), bare feet change pedals, sequins adorn keys, glitter and confetti fly, and an energetic vibration runs like a live current through the room.”

Check out the band at their official Website, Facebook, YouTube, SoundCloud, Twitter and Tumblr. They are winding down their Spring Tour this Monday as they stop in Pittsburgh at 6119 for the penultimate date behind their soon to be released debut, “Moonwater“, with support from locals Nevada Color. I want to thank David Feddock (Guitar) for taking the time to participate in this edition of First/Last.

Thanks, David. I am still always mystified that whenever people think of my hometown it includes the fries on the sandwich thing.